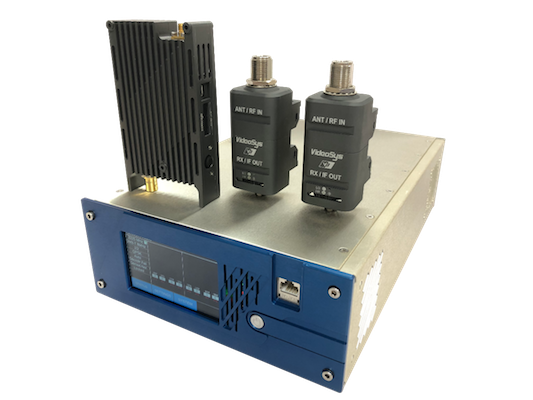 As a manufacturer and supplier of camera control systems, RF links and camera backs to outside broadcast providers, Videosys Broadcast has more than 10 years’ experience of developing innovative solutions that precisely address the requirements of its customers. This expertise was put to good use during the COVID-19 lockdown when the company redesigned its successful Broadcast Nano DTC Wireless RF transmitter to create the Silent Nano Transmitter (NTX), a product specifically tailored for the film market.

Colin Tomlin, Managing Director of VideoSys Broadcast, says: “Directors working on a closed set want absolute silence and won’t tolerate the sound of a transmitter fan whirring round in the background. Therefore, our starting point was to entirely remove the fan from our Broadcast Nano so that we could create an ultra-quiet product that didn’t become too hot to use.”

NTX achieves both these aims and forms the basis of Videosys Broadcast’s new Film Assist System, which is ideally suited to outdoor and mobile locations, as well as locations where RF congestion is an issue. Alongside the NTX, Film Assist System also includes a Diversity Professional Receiver with optional eight-way diversity and highly responsive, state-of-the-art touch screen operation. Capable of handling all major HD frame formats and available in multiple frequency bands from 2.0GHz to 7.5GHz, the Film Assist System also features redesigned down converters that are much easier to mount on scaffold bars.

At the recent BSC Expo, Videosys Broadcast also exhibited its range of antennas, which have been added to the company’s portfolio following its acquisition of Masthead Antennas at the end of 2021. These cover the frequency range from 2.0-7.5GHz. and are available in Sector, Flexible and Omni formats. The company is now working on new filter and PA designs, which will be unveiled shortly.