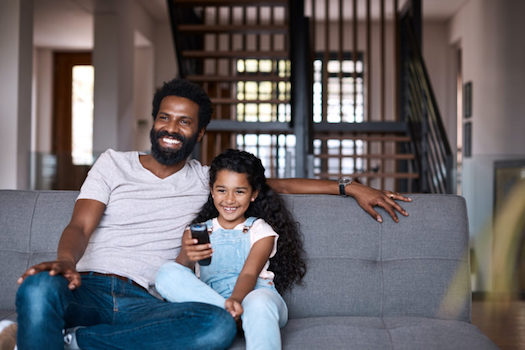 In an industry first, Idaho-based Evoca TV has successfully demonstrated how vital emergency information can be provided to video subscribers even when those viewers are tuned to programming delivered over the internet. The innovative Evoca solution, powered by technology from Digital Alert Systems, is the result of over a year of careful study about how emergency alert information might best be delivered to viewers who are watching streaming shows that don’t originate from a local broadcast TV source.

Evoca is an affordable pay-TV service that utilises both local over-the-air next-generation broadcast stations and internet-delivered programming that is streamed to subscribers and integrated into a single user interface. Evoca is powered, in part, by the new next-generation broadcast technology, ATSC 3.0, which includes a provision for advanced emergency alert messages.

In comments made to the Federal Communications Commission on the subject of emergency alerting, the motion picture industry and others pushed back against the idea of transmitting emergency information on streaming channels saying that such a move would be a departure from the current method of relying solely on local broadcasters for transmitting emergency information and that geotargeting alerts in streaming content is “technically impracticable”. But Evoca – which is part streaming service and part local TV broadcaster – has successfully demonstrated just that sort of timely, localised alert delivery using its hybrid network.

“Typically, emergency alerts aren’t delivered to viewers who are watching through the usual conditional access systems. Multichannel providers rely on local broadcasters to trigger alerts on locally broadcast channels only. But because the Evoca solution is both an over-the-air and an over-the-top system, we’re able to deliver alerts directly to the viewer. Our Evoca Scout receiver can insert emergency alert information right on top of programming being watched by a viewer, regardless of what that channel happens to be. Now, even viewers watching streaming programming will get alerts when local conditions are warranted. The system has the potential to deliver early warnings to viewers about severe weather or other impending dangerous events or disasters,” explained Michael Chase, Vice President of Systems for Evoca. “Since Evoca controls both the transmission and reception of signals that reach the viewer, we have the ability to offer a unique solution to enhance safety.”

“When first introduced to the team at Evoca, we were excited to be part of their unique hybrid architecture,” said Bill Robertson, Vice President of Business Development for Digital Alert Systems. “They are leveraging the benefits of Next-Gen TV for forward delivery, combined with an over-the-top solution for additional services,” he continued.

The Digital Alert Systems’ DASDEC platform is integrated within the Evoca network to provide emergency information throughout the ecosystem. Evoca’s encoding architecture processes local and national alerts, routing the information to the necessary devices based on specific criteria.

“We found perhaps the most compelling aspect is the seamless way Evoca has blended the user experience,” said Robertson. “Regardless of the content’s origin – over-the-air, or over-the-top – the customer is presented with emergency alerts in the same way. We are very excited to be working with a truly pioneering company like Evoca.”

“Now that we’ve successfully demonstrated that it’s feasible to provide emergency information to viewers watching streamed programming, we’re continuing to develop an even more reliable method for taking full advantage of the emergency messaging capabilities of the new broadcast standard. In many ways, this is still new territory. We’re continuing to study the best approach to make certain that viewers who are tuned to any channel on the Evoca network can get an immediate notification should there be an emergency,” Evoca’s Chase said.