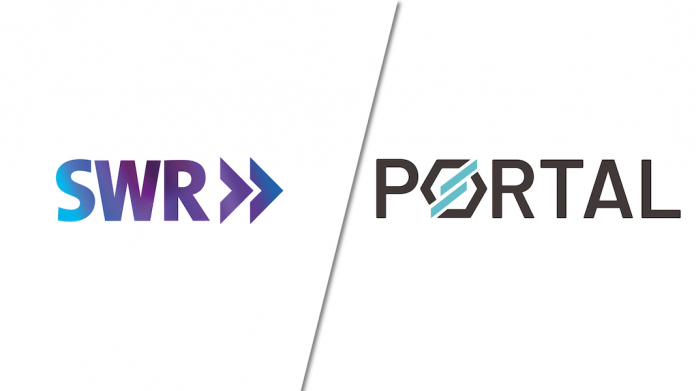 During events, SWR now uses a modern infrastructure based on AWS, where the service providers LTN Global and LOGIC simplify the workflow with their solutions, make it fail-safe and reduce costs.

The implementation’s core is the PORTAL.easystream backend, which automatically forwards the delivered streams via AWS to the broadcaster’s CDN. Within the solution developed for SWR’s event streaming, PORTAL automatically starts the necessary AWS resources when a streaming signal is delivered to the AWS infrastructure and provides the stream via CDN (Cloudfront). As soon as a stream managed by LTN Global arrives, the start of the corresponding AWS services is triggered via API call. The same procedure is used to stop the stream. The structure for an event stream is fully redundant within AWS and has no single point of failure.

PORTAL.easystream is not only designed as a backend but also as an easy-to-use frontend that can be used to intervene manually in the process or for workflow monitoring purposes. Another advantage of the solution using PORTAL.easystream is the cost reduction. No AWS services need to be permanently booked, but these are only used when required (stream is available) and are therefore charged for.

PORTAL.easystream is part of PORTAL Technology, which provides frontends and media workflows in the AWS Cloud under the umbrella of the PORTAL framework. Deploying the frontends, various functions in AWS can be operated by non-technicians and easily managed by administrators.

With the complete solution PORTAL.easystream, media houses, production companies and other companies, even those ‘far away from the media’, have new possibilities for streaming HD/UHD signals via the cloud. The financial outlay for the hardware is minimal, and streaming costs only arise for the time of use and processed data volumes without subscription models. Quasi HD/UHD streaming in a pay-as-you-go model.