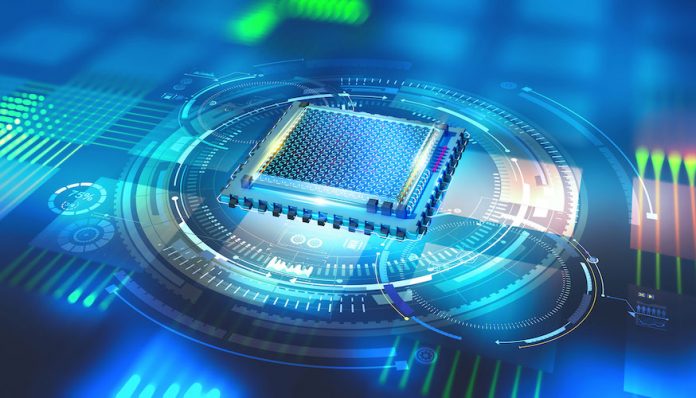 The experiment marked the first time that quantum-encoded photons – the particle through which quantum information is delivered – and classical signals were simultaneously delivered across a metropolitan-scale distance with an unprecedented level of synchronisation.

They showed that it is possible for quantum and classical signals to coexist across the same network fibre and achieve synchronisation, both in metropolitan-scale distances and real-world conditions.

When classical computers need to execute synchronised operations and functions, like those required for security, they rely on network time protocol. This protocol distributes a clock signal over the same network that carries information, with a precision that is a million times faster than a blink of an eye.

With quantum computing, the precision required is even greater.

To assure that they get pairs of photons that are entangled – the ability to influence one another from a distance – the researchers must generate the quantum-encoded photons in great numbers.

Knowing which pairs are entangled is where the synchronicity comes in. The team used similar timing signals to synchronise the clocks at each destination, or node, across the Fermilab-Argonne network.

Precision electronics are used to adjust this timing signal based on known factors, like distance and speed, and for interference generated by the environment in the fibreoptics.

Because they had only two fibre strands between the two labs, the researchers had to send the clock on the same fibre that carried the entangled photons. The way to separate the clock from the quantum signal is to use different wavelengths.

Ultimately, the two were properly assigned and controlled, and the timing signal and photons were distributed from sources at Fermilab. As the photons arrived at each location, measurements were performed and recorded using Argonne’s Superconducting Nanowire Single Photon Detectors.

The network was synchronised so accurately that it recorded only a five-trillionths-of-a-second time difference in the clocks at each location.