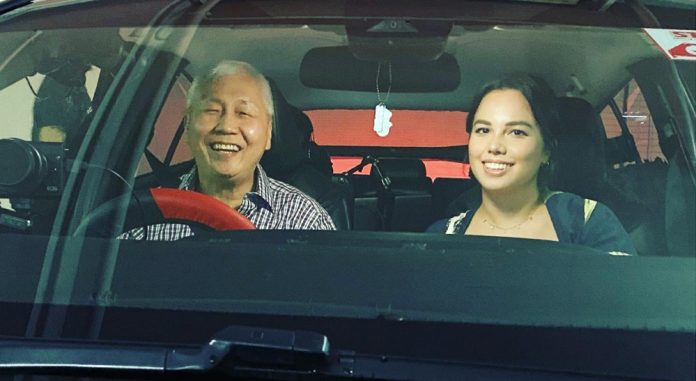 Blackmagic Design has announced that the Singapore Tourism Board’s recent ‘Singapore By Stream’ live Twitch campaign used ATEM Mini Extreme to live switch and mix audio for the multicamera streams. The unique livestreams allowed viewers to choose the destinations and see Singapore through the eyes of a local taxi driver, with switching of the four camera stream being done in the backseat of the taxi.

Aiming to remind people about the magic of Singapore through the eyes of the people who know Singapore’s streets almost better than anyone, the taxi drivers, ‘Singapore by Stream’ was a four stream campaign created by the TBWA\Chiat\Day NY advertising agency, with Bolt providing production support out of Singapore. Created to be like a choose your own adventure instead of a simple virtual taxi ride, viewers were able to interact live with the host and taxi driver to ask questions and even request places to go to.

Each stream included four cameras in and around the taxi, along with interactive maps and other graphics shown on the stream. Production for the streams was done by Singapore’s hybrid advertising/production agency, Breed, along with The Flying Kick Asia, who designed and provided livestream technical support. Switching was done by The Flying Kick Asia’s Ryan Leau, who was assisted by Benjamin Yam, who were in the back seat controlling the ATEM Mini Extreme using ATEM Software Control.

“A multicam livestream that took in live requests from viewers could be a huge production, but because we had to do this all from the backseat of a Toyota Prius, we had to keep it simple. The ATEM Mini Extreme let us be incredibly creative but also do this with a simple and efficient workflow,” explained Nicholas Chee, Flying Kick Asia’s livestream technical director.

Streaming to Twitch directly from the ATEM Mini Extreme, Chee was able to add two picture in picture feeds along with five other inputs into the live stream. This included cameras for the driver, windscreen and passenger side views, along with a roving camera via Skype and an iPhone camera for when the host and driver left the cab. All of the inputs connected into the ATEM Mini Extreme via HMDI and were controlled by Leau using ATEM Software Control from a laptop in the backseat.

“When we originally got involved in the project, we designed the solution based on only being able to use four inputs. Fortunately, the ATEM Mini Extreme was announced and released in time and with its eight inputs, we could have the five camera inputs we wanted,” Chee said. “We would have to make compromises in terms of camera angles and operations, but with the ATEM Mini Extreme arriving at the right time we were able to add so much more. It is definitely the most important piece of equipment for this project.”

“ATEM Software Control is one of the most essential parts of the ATEM Mini series and it allowed us to achieve much more beyond what we could with just physical buttons. This included the programming of the macros and access to the Fairlight Mixer and Media Gallery,” Chee said. “In particular, ATEM’s macro buttons were a lifesaver since we could preprogram the scenes based on the different angles. So switching was a breeze, especially considering we could only have one operator and one assistant in the backseat.”

For audio mixing, the team used the ATEM Mini Extreme’s built in Fairlight audio mixer. Using this, customers can independently adjust levels and balances from all audio inputs for up to 12 channels of audio from the switcher’s four HDMI and two microphone inputs. For ‘Singapore By Stream,’ Chee and his team used a set of RODE Wireless Go ii transmitters hidden in the sun visors of the car with the mic pointing towards the cabin, along with audio from an iPhone hooked up to a lightning shotgun mic.

“We kept the audio set up simple, which the ATEM Mini Extreme let us do. The ability to split the two channels from the receiver into L and R was perfect for us to balance the audio between the host and the driver’s levels,” Chee said.

“The ATEM Mini Extreme 8.6 update was just in time for us – we had the ATEM Mini Extreme connected to a GL.iNet Puli wireless 4G Router via Ethernet and could have another iPhone on standby as a failover via USB C. And we also were able to use the switcher’s two USB C ports us to record and tether simultaneously,” Chee concluded. 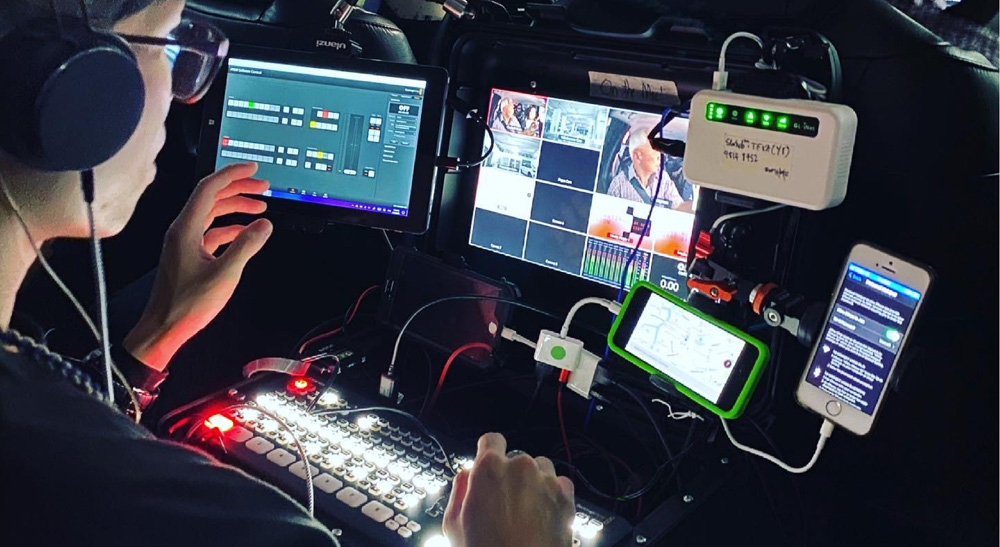