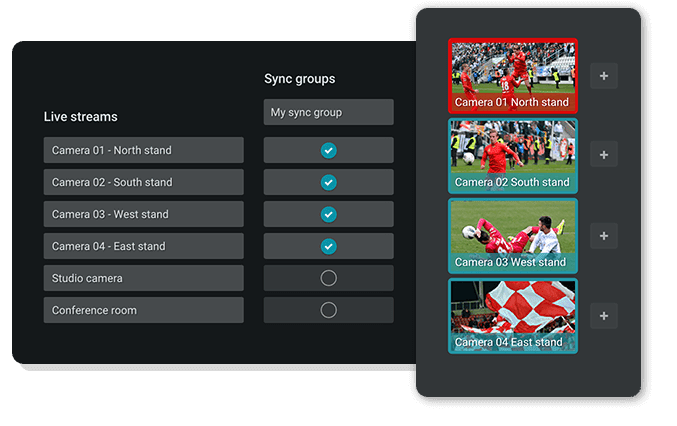 Tellyo, the cloud-based video content production platform, has announced the latest version of its flagship Stream Studio solution. Stream Studio was launched less than two years ago and has grown to be used by customers like Liberty Global, ESPN and Sunset+Vine to create compelling live content that can be easily streamed to multiple digital and social media destinations.

The latest version of Stream Studio (V1.28 – codename ‘Black Burst’), makes frame-perfect switching of a live multi-camera production in the cloud a reality. This is thanks to a new stream synchronisation engine that precisely synchronises inputs from multiple camera feeds. V1.28 also includes Tellyo Intercom, which enables full duplex communication between your production team and talent. In addition, this latest version opens up more granular and precise control of Stream Studio’s powerful audio mixing capabilities by merging the advanced and simple audio mixers into a single unified solution.

The new built-in stream synch engine changes the game by synchronising incoming multiple camera streams that share a common timestamping scheme. The engine supports SMPTE 12M SEI in-band timecode metadata (the ‘digital’ VITC/LTC) and ‘wallclock’ NTP/PTP timestamps. With incoming streams that include the timing information you can now switch a remote multi-camera production live in the cloud, without having to worry about cameras getting out of sync. Stream Studio even supports multiple timing schemes within the same production. Depending on your Internet connectivity, either an adaptive or static buffering mechanism can be chosen.

Commenting on the new release, Tellyo COO Jakub Majkowski is delighted to bring these valuable new features to Tellyo’s expanding customer base. “We’re excited to introduce the stream synch engine, as well as improving Stream Studio’s comms abilities by making two separate partyline channels available – Talkback for the ‘core’ production crew and IFB for talent. Add in the configuration enhancements to the audio mixer, and you can see why Stream Studio keeps growing as a platform and is receiving so much industry attention. Our ambitious product roadmap keeps delivering on real-world customer feedback, and there’s much more to look forward to in 2022!”