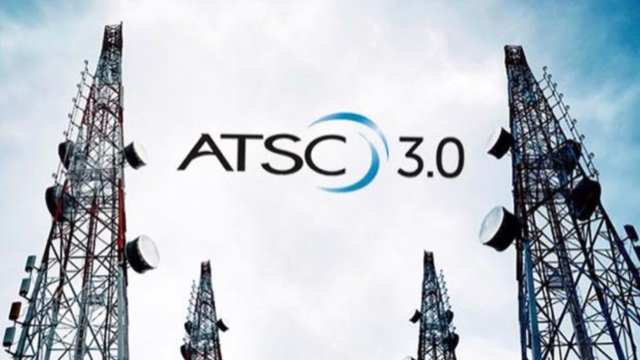 ATSC president Madeleine Noland recently presented a virtual tour of NextGen TV at CES 2022. She revealed that, in addition to three displays showing off NextGen TV’s improved visuals, audio and interactivity, ATSC will also highlight products from Gaian Solutions, LG Electronics, Pearl TV, Samsung, Sony and Sinclair Broadcast Group. She also interviewed three executives on their NextGen launches and other activities from 2021 as well as their upcoming plans for 2022.

Gaian Solutions founder and Chief Executive Chandra Kotaru said his company, long a proponent of ATSC 3.0, spent the last year focused on research and development. He was buoyed by the fact that there were so many trials in 2021. “We worked on building tools that will make NextGen TV appealing to consumers,” he said, adding that Gaian will showcase a software and hardware receiver set.

“The receiver stack is essential,” he said. “It’s more than a TV set – it could be a set-top box, in the car’s dashboard. It’s a software stack that makes NextGen TV what it could be.” His company is also working on a codeless app development platform for broadcasters.

In 2022, Kotaru hopes to see mature offerings and the emergence of a nationwide network of ATSC 3.0 stations. “We’ll start putting a value to the network,” he said. “Things will get very real in 2022.”

At Sinclair, Senior Vice President of Advanced Technology Mark Aitken reported that, in conjunction with its joint venture partner BitPath, his company launched NextGen TV in more than 23 markets. “We’ve been averaging a couple of 3.0 conversions a month,” he said. “It’s reflective of the engagement of a broader community. There aren’t a lot of markets where a clean conversion of 3.0 can happen without the participation of multiple broadcasters.”

At CES, said Aitken, people will see introductions from several new players in the OTA broadcast TV market, with integrated sets that support ATSC 1.0 and 3.0. In 2022, he predicts we’ll “see other opportunities in developing relationships with different verticals in our own broadcast industry.”

Pearl TV Managing Director Anne Schelle also stated that 2021 was a successful year. “We now have 40 markets on air and are adding a few more,” she said. “Close to 45 percent of U.S. households are covered by NextGen TV services, and we’re proud especially of bringing Washington D.C. and Los Angeles on air.” She agreed with Aitken that broadcasters collaborating to share spectrum and bring on the new services was a huge help.

Then there were sales of ATSC 3.0 TVs. “At CES 2021, CTA projected that 800,000 NextGen TVs would be sold,” she said. “But we sold over 3 million.” Sony incorporated NextGen technology in their entire set lineup, joining NextGen sets from Samsung and LG. She said consumer response to their marketing campaigns has been positive. “Last, we are launching interactive services on those TVs in 15 markets so far,” she added.

At CES 2022, said Schelle, Pearl TV will showcase the capabilities of NextGen TVs. “We’ll also be unveiling Hisense as a new manufacturer that will be investing in NextGen,” she said. “And we’ll talk about how free OTA TV service is a great option for consumers.”