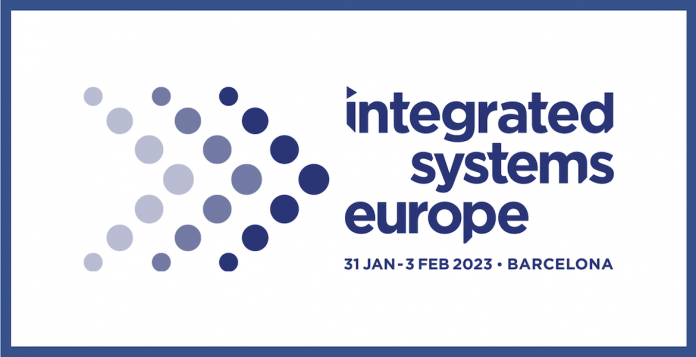 From technology leaders showcasing their latest innovations in the Content Production and Distribution Zone to an Opening Keynote from Epic Games’ BK Johannessen, ISE 2023 attendees will be able to delve into the fascinating world of content creation and dissemination.

The Content Production and Distribution Zone in Hall 6 will host an array of ground-breaking technology, including giant screens, esports setups, 360º cameras and a complete VR environment.

The Catalan Audiovisual Media Corporation (CCMA) will be sharing its experience in immersive production and new audio and image transmission systems through an extensive programme of experiences, talks and demonstrations. On Friday 3 February, visitors will be able to see how 360° cameras are used to create content for a live broadcast of ‘human towers’, a Catalan tradition in which men, women and children stand on each other’s shoulders to make a structure up to 10 people high.

The Content Studio by GRUP MEDIAPRO will use the Unreal Engine platform to showcase live content production and postproduction throughout each day of the show. This will include interviews conducted with senior executives programmed and hosted by Florian Rotberg of invidis, chair of the Digital Signage Summit, alongside senior executives from MEDIAPRO and ISE.

VP XR Theater by Alfalite and Brainstorm will show a complete XR, AR, MR and VR environment within a 90º Alfalite LED Wall and Brainstorm InfinitySet to generate graphics in real time and enable teletransportation and virtual reality for broadcast, film, hybrid events, advertising and educational markets.

Absen will host an Esports and Gaming Showcase, with support from PSCo and Big Purple Productions. This feature will highlight the latest LED displays designed for gaming and esports, together with the technologies required to create, capture and distribute gaming content. A real-life 1-2-1 gaming league will run throughout the week, with prizes awarded daily and a grand prize at the end of the week.

In addition, INFiLED will showcase a giant LED screen mounted in a housing measuring approximately 18sqm; Virtual Reality Integration by SONOS and Brainstorm will demonstrate how technology from the two companies can be used to create virtual reality backgrounds for speaker presentations; and The Show Window from Newtonlab Space is an impressive LED display that high-end retailers can use in place of real-life stock items in their storefronts.

On the evening of Tuesday 31 January, BK Johannessen, Unreal Engine Business Director for Broadcast and Live Events at Epic Games, will deliver the ISE Opening Keynote, exploring how the games industry is driving content creation in the systems integration ecosystem.

Johannessen will discuss how content creators are taking innovations from the games industry and applying them to their projects, from cutting-edge broadcast virtual production studios to real-time graphics for media and entertainment, live events, architecture and more. He’ll share examples and inspiration from different industries and dig a little deeper into the benefits of real time and the resources available to optimise content creation.