Are The Game Console Wars Over? 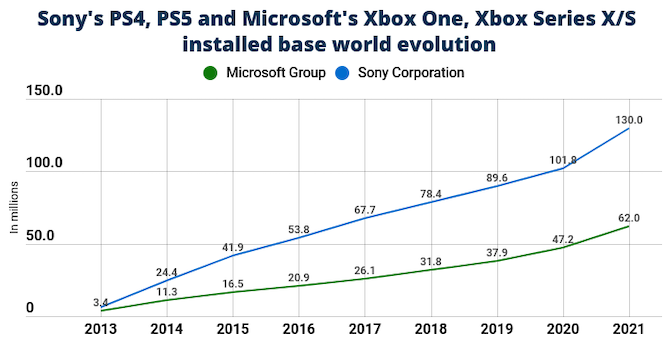 All eyes were on Sony and Microsoft who released their 9th generation consoles, the PlayStation 5 and Xbox Series X/S, in Fall 2020. A year and a half later, it’s time for assessment.

The pandemic was definitely an incredible success for video game console manufacturers: due to severe lockdowns all over the world at the beginning of 2020, sales of hard- and softwares (Animal Crossing: New Horizons, released in the very middle of the first lockdown, is now the second best selling Nintendo Switch game of all time) exploded in an epic fashion. Paradoxically this surge in demand for electronics combined with facilities shut down also created a global semiconductor shortage, which resulted in ultra-limited stocks of PlayStation 5 and Xbox Series X/S at their launches in Fall the same year. Nevertheless, Sony’s latest PlayStation appears to be the evident champion with a reported 17 million units sold worldwide, compared to 12 million for the new Xbox for the year 2021. Those results are consistent with the market share evolution of the two rivals over the years worldwide. In addition to that, the PlayStation 5 also overtook its competitor in two historical Xbox territories: North America and Australia/New Zealand.

However, in the time of sacrosanct content, competition does not only lie in numbers of sold hardwares, but also in the attractive, plural and exclusive game softwares they come with. Microsoft recently announced the acquisition of Activision Blizzard…

New competitors are entering the race

Could Microsoft be distancing itself from hardware in the future? It is not an option, and the rumour has it that both manufacturers are already working on their next generation consoles. The rivalry is naturally evolving, diversifying itself, and OTT platforms entering the gaming market will definitely be an opportunity for console manufacturers to create partnerships and integrate new content providers with their operating systems.

Dataxis increases its coverage of the video game industry with the addition of game console installed base by country in Europe, North America and major Asian markets.