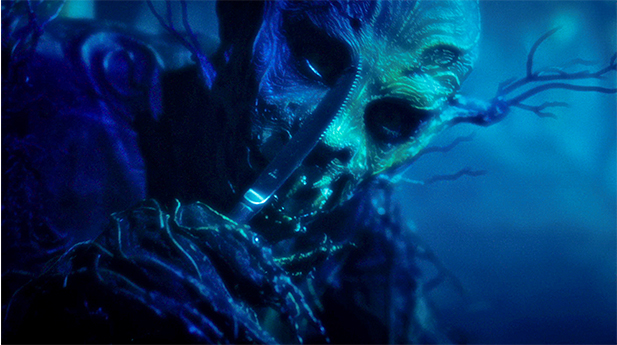 Called “The Perfect Horror Streaming Alternative to Netflix” by Tech Times and named one of the best Streaming Services for 2021 by PC Mag,
Screambox features a broad mix of content for casual and die-hard horror fans alike with films and episodes delivering every type of terror imaginable – Supernatural, Slashers, Classics, Zombies, Extreme, Psychological, Cult, Underground, and more.

The service, which launched in 2015, is widely available across the web, mobile devices, Connected TVs, and as an Amazon Prime Channel, and more.

With a track record of distributing thousands of premium horror titles in all media across multiple international territories, Cinedigm says it will leverage its substantial horror and thriller content library, app technology, and Matchpoint distribution platform to rapidly expand Screambox’s content offering. The Company will relaunch the service’s apps and dramatically expand distribution to Cinedigm’s 900-plus million global connected device footprint. Cinedigm also plans to expand the distribution of Screambox to its base of third-party subscription channel partners such as Roku, Comcast, SlingTV, Dish Network and more.

The Company anticipates the service could reach seven figure subscriber levels within the first 36 months after the acquisition is completed, with a focus on rapid global expansion and distribution. Cinedigm will continue to offer Screambox on a subscription basis alongside Bloody Disgusting TV, an ad-based horror service operated in partnership with Bloody Disgusting, the largest horror website with more than 20 million monthly visitors. The Company will also bundle subscription offers with its fandom subscription service, CONtv, for one price. Cinedigm plans to heavily draw from a pool of more than 4000 relevant film titles in its library, including thousands of newly obtained classic, cult and foreign horror titles from streaming service The Film Detective, which the Company acquired in December 2020. Cinedigm plans to more than double the available content on Screambox over the next quarter.

Larry Baird, long-time Screambox Chief Operating Officer, will remain on board to oversee the transition and ensure success in meeting the immediate goals for rapid growth over the next quarter.

The acquisition of Screambox follows on the heels of Cinedigm’s recent acquisition of Fandor, the leading global independent film subscription streaming service with the largest collection of independent films, documentaries, and international features in the market. In addition to the acquisition of The Film Detective, a leading content distributor and streaming channel focused on classic film and television programming. The Company continues to execute this roll-up strategy, acquiring a variety of enthusiast-supported streaming channels that can immediately benefit from Cinedigm’s scale, content library, distribution footprint, infrastructure and technical prowess.

“The acquisition of Screambox is another huge streaming opportunity for Cinedigm,” said Chris McGurk, Cinedigm Chairman. “Having just acquired Fandor, which the Wall Street Journal called ‘the Netflix of independent film,’ we see that same kind of potential for Screambox in the huge, underserved horror category where millions of enthusiasts around the world are looking for a widely-distributed streaming channel with a huge volume of premium horror content. Dan March, Screambox Founder, and his team did a fantastic job in laying the groundwork for all that, and we intend to deliver on his vision.”

“Despite more than 145,000 horror films listed in The Internet Movie Database, less than 5% of the genre is currently available for fans to enjoy in a subscription environment,” said Erick Opeka, Chief Strategy Officer of Cinedigm. “We plan to immediately expand that opportunity by building on top of the great foundation Screambox provides into a massive, global library of the world’s best classic, contemporary and foreign horror content – that will create a seven-figure subscriber opportunity in success.”

“Thanks to all of our loyal fans who have supported Screambox over the years,” said Dan March, Founder. “All horror fans should be excited because the Cinedigm team is committed to delivering the best horror experience we always envisioned.”