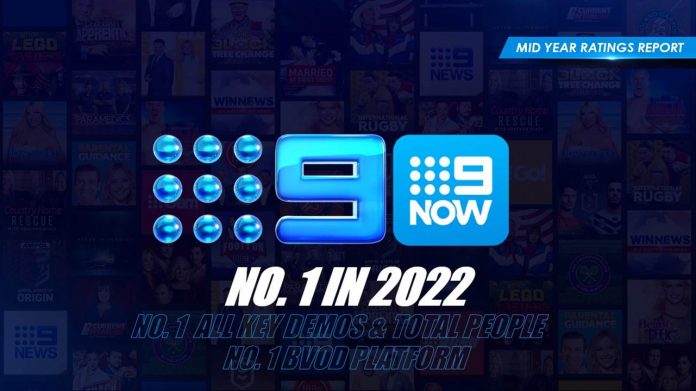 Nine is again the number one network in all key metrics at the halfway point of 2022.

Nine has dominated the national conversation with the era-defining Ash Barty win at the Australian Open to the record-breaking season of Married At First Sight and top-rating local drama in Underbelly: Vanishing Act.

Nine continues to be the place where Australians share in the moments that matter. Nine is number one in 25-54’s, 16-39’s and total people.

This lead extends in the BVOD space, with 9Now dominating with over 50 percent share in demos across the commercial FTA’s and 49.7 in total people.

Hamish Turner, Director 9Now and Programming, said: “We are proud to be the home of unique, genre-defining content that challenges, excites and engages millions of Australians. 2022 delivered Ash Barty’s historic win at Rod Laver Arena. With 3.835 million viewers it is the highest rating program of the year and the highest rating Australian Open Women’s Final of all time. Nine is home to the most watched series in the country in Married At First Sight and the most popular reality series in Lego Masters. And we have only just begun, with family favourite Australian Ninja Warrior launching and The Block: Tree Change set to air in the coming months. Not to mention two more exclusive State of Origin matches and the NRL Grand Final.”