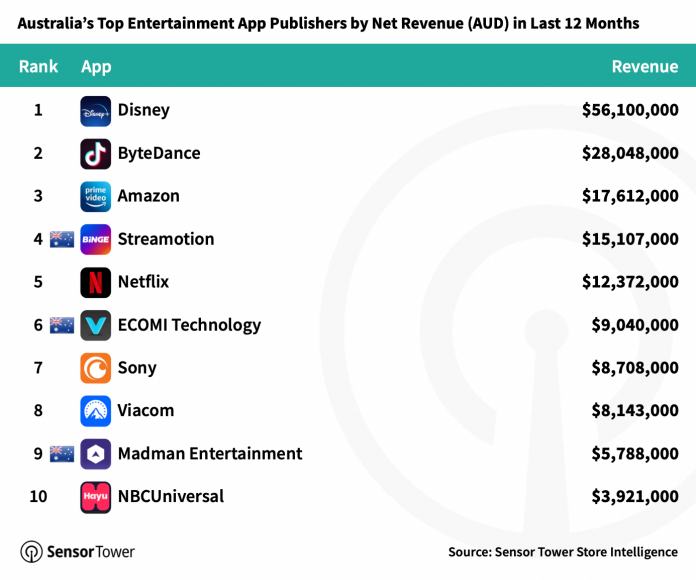 New data from market intelligence company, Sensor Tower, has revealed how local Aussie streaming services are trumping much larger, global players when it comes to both the popularity and profitability of their streaming services. This follows an increasing number of local media companies launching direct-to-consumer video services to compete against global giants such as Netflix.

Analysing data over the past 12 months it’s revealed:

Commentating on the trends, Tom Cui, Managing Director APAC at Sensor Tower says, “Despite Netflix’s recent loss of subscribers, they are still the top service in Australia from a user and viewership standpoint, but their growth has been significantly impacted and has presented a prime opportunity for local streaming services to show their value to customers looking to shop elsewhere. When many people think of streaming services, it’s Netflix, Amazon and Disney that spring to mind. What our Sensor Tower data has shown is that actually, homegrown streaming services are giving these global brands a run for their money in terms of both popularity and revenue.

“Streamotion is a key performer with its sporting service, Kayo ranking higher than most entertainment apps for revenue in Australia. This is a reflection of how much Aussies love their live sport and if you work in the streaming industry, this is where you can expect to continue to see a surge in consumer downloads and spend.”