Viu Doubles Down on Original Productions for Asia 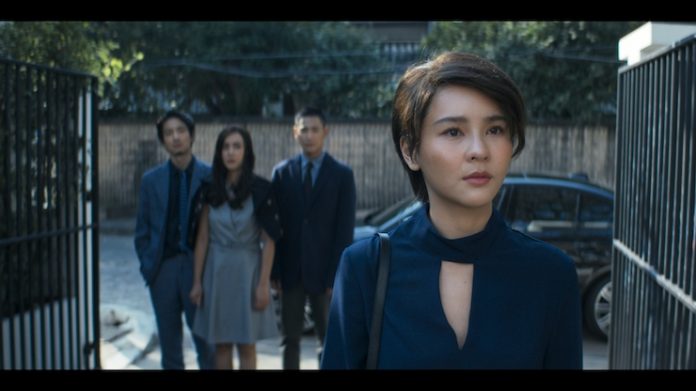 Viu, PCCW’s pan-regional OTT video streaming service, looks towards the new year with more than 30 Viu Originals currently slated for production. This builds on Viu’s robust growth in 2021, which saw local and pan-regional original productions rated highly on the platform.

Ms Marianne Lee, Chief of Content Acquisition and Development, Viu, said, “In 2022, we continue to build a strong pipeline of Viu Originals with strong local content in Thailand, Malaysia, the Philippines, and Indonesia as well as pan-regional titles in Korean and Chinese that have established Viu’s reputation and presence in the market.”

Under Viu Original Studio, headed by industry veteran Mr Felix To, Chief of Viu Original, Viu is set to increase its focus on creating original content assets and developing IPs with regional and global appeal. Over 30 new productions will be released in 2022, which include returning seasons of popular shows like Close Friend in Thailand and Assalamualaikum My Future Husband in Indonesia, and new local originals including the Thai musical WANNABE and the much-awaited Korean Original Again My Life.

Viu-ers can also expect more original Chinese content lined up for the year, tapping on the creative experience of Mr To, with his track record in creating and producing many well-received Hong Kong dramas and variety shows. His experience in developing original series will bring to Viu more distinctive Asian content for Asia.

Mr To said, “With an original series release almost every month, we want to continue to delight users when they come to our platform. They will get a unique mix of Asian content, including more original Chinese content. It will further cement Viu’s leading position in the OTT entertainment market.”

2022 will continue to see popular local talents helming Viu Originals. Thailand is one such market where established and rising Thai stars alike headline a slew of local Viu Originals. WANNABE is a coming-of-age drama series and musical starring Chanon (Nonkul) Santinatornkul, the multi-award-winning actor who will be making his vocal debut as a young rapper in the series. The star-studded cast includes guest crew member Sunny Day – Nay Mayo ‘Day’ Thot of the hugely popular Thai rap group, Thaitanium. The demand for Thai dramas can be seen in other highly anticipated and refreshing titles lined up for 2022 which will cover a range of genres such as romantic drama Finding the Rainbow, romantic comedy My Coach, thriller Remember 15 and action series Real Fake.

Viu-ers can also look forward to Viu Originals sci-fi comedy AI5YA, created by Malaysia’s most beloved comedian Afdlin Shauk, and starring Zizan Razak, who is one of Malaysia’s popular comedians, and Malaysian fantasy romantic comedy Seribu Nina, which will be particularly appealing to Millennial and Gen Z audience.

In the first half of 2022 alone, Viu will also launch much-awaited Korean Originals such as Again My Life starring Lee Joon-gi, Lee Geung-young and Kim Ji-eun, based on a web novel of the same title published on KakaoPage, and From Now On, Showtime starring famous actor Park Hae-jin and Jin Ki-joo, who has featured in The Secret Life of My Secretary and Come and Hug Me. The drama is also penned by writer Ha Yoon-ah, who wrote the script for the fantasy-comedy drama Mystic Pop-up Bar (2020). Another upcoming Viu Original is Why Her?, a romantic legal drama starring popular actors Seo Hyun-jin, known for her roles in Dr. Romantic and the Beauty Inside, and Hwang In-yeop, who received attention for his role in True Beauty.