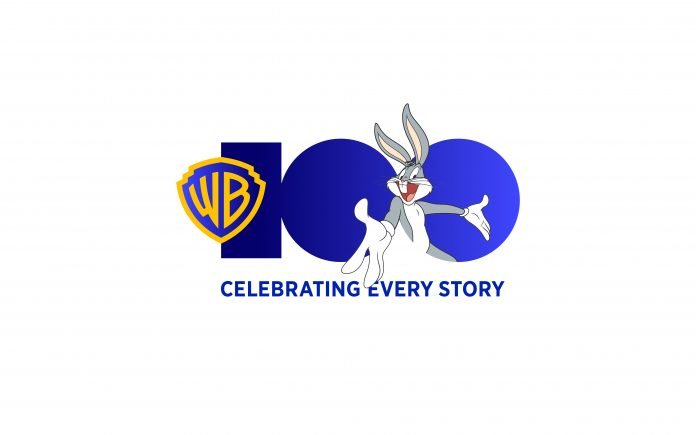 Warner Bros. Discovery (Nasdaq: WBD) has officially kicked off its global centennial campaign, Celebrating Every Story, ahead of the Warner Bros. Studio’s 100th anniversary on April 4, 2023. Over the next 12 months, this milestone birthday will be celebrated across consumer touchpoints with special programming and content, exclusive products and home entertainment releases, a dedicated programming page on HBO Max, omni-channel social media campaigns, live events and screenings, and fan-focused activations around the world.

Warner Bros. was founded by Albert, Sam, Harry and Jack Warner and incorporated on April 4, 1923. Today, the Studio is home to one of the most successful collections of brands in the world and stands at the forefront of every aspect of the entertainment industry, from feature film, television and direct-to-consumer production to animation, comic books, videogames, consumer products, themed entertainment, studio tours and brand licensing. The Studio’s vast library, one of the most prestigious and valuable in the world, consists of more than 145,000 hours of programming, including 12,500 feature films and 2,400 television programs comprised of more than 150,000 individual episodes. Warner Bros. is also home to one of the most diverse portfolios of franchises in the world, including Looney Tunes, Wizarding World, DC, FRIENDS, Game of Thrones, Hanna-Barbera, and many more.

David Zaslav, Chief Executive Officer, Warner Bros. Discovery, said: “The name Warner Bros. is synonymous with entertainment, and we are honored to be celebrating this iconic studio’s centennial and the rich heritage that stretches back to the four brothers who founded it in 1923. Over the past 100 years, Warner Bros. has created some of the most recognizable and beloved films, TV shows and characters ever made, and has been the place for impactful storytelling that both defines and reflects our culture. We are excited about our company’s bright and dynamic future and, as we embark on its second century, to continue to tell the kind of great stories that entertain, inform and inspire audiences around the world.”

The Company will celebrate and commemorate Warner Bros.’ 100th anniversary in a variety of ways.

From apparel and housewares to toys, collectibles, publishing, retailers, and food and beverage companies, Warner Bros. Discovery Global Consumer Products is partnering with some of the world’s most popular and powerful brands to mark this milestone. Throughout 2023, Consumer Products will present several exclusive centennial activations with key partners, including Amazon, Saks Fifth Avenue, Funko, Mattel, New Era, Running Press, and more. Additionally, a new line of products will be unveiled featuring the Looney Tunes, a cornerstone of Warner Bros.’ history, taking center stage as the ultimate superfans dressed up as other legendary WB characters from fan favorite franchises such as DC and Wizarding World.

The Company will present several live events and experiences to fans around the world throughout the year, including:

Warner Bros. Studio Tour Hollywood will help celebrate the centennial in a big way. A special 100th anniversary exhibit will debut as part of the Tour in February and, later in the year, more centennial-themed surprises will be unveiled.

Warner Bros. has had an international presence almost as long as it has existed. To recognize the global popularity of the brand and its content, characters and consumer offerings, teams from around the world will host centennial activations across all of the Studio’s businesses. From centennial celebrations in China and a themed exhibition during the Beijing International Film Festival to pop-up channels in Germany, film exhibitions across Europe and consumer products and fashion lines across all regions, the Warner Bros. Centennial Celebration will truly be a global affair.

And, finally, since it didn’t happen if it isn’t seen on social media, omni-platform engagement is a major component of the Centennial Celebration. To allow fans of all things Warner Bros. to get in on the celebration, bespoke themed campaigns will roll out across social media, including This Day in History, Backlot Journeys and 100 Iconic WB Moments, as well as mashups with top-tier IP, activations at live events, user-generated content, photo ops and filters, and more.