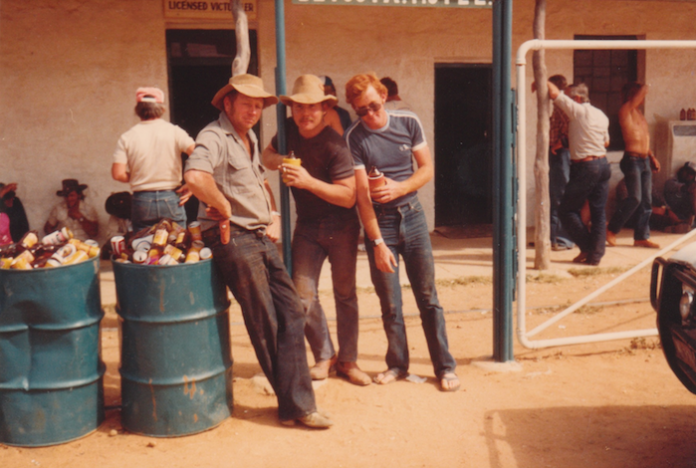 Warner Bros. International Television Production Australia (WBITVP) and “Australia’s oldest newspaper”, The Betoota Advocate, have announced they are joining forces on a slate of premium, unscripted productions aimed at both the domestic and international market.

The creative partnership combines one of Australia’s largest production companies with one of the country’s most recognisable brands and a focus on bringing the The Betoota Advocate’s unique editorial lens to TV viewers around the world.

Michael Brooks, Managing Director of WBITVP Australia, said: “With its distinct, bitingly satirical and smart approach to content, The Betoota Advocate has won a huge following. Meanwhile, Warner Bros. – with its storied TV production experience and international reach – is perfectly positioned to elevate this voice, and we’ll work together to develop premium unscripted television series with local and global appeal.”

Antony Stockdale, Director – DM Podcast, said: “We are thrilled to be working with an organisation as successful and experienced as Warner Bros. WB are the ideal partner to guide us and ensure the voice and tone beloved by fans of The Betoota Advocate translates to TV.”

Warner Bros. International TV Production Australia, a WarnerMedia company, produces high-profile formats including The Bachelor, The Masked Singer, Celebrity Apprentice, Selling Houses Australia, The Repair Shop, Dancing with the Stars, First Dates, Who Do You Think You Are? along with drama series Love Me and The Twelve.

The Betoota Advocate is Australia’s most popular satirical news publisher, reaching four million highly engaged and passionate readers every month. They turn to Betoota to make sense of our ever-changing world. Australia’s longest-running independent newspaper, it went digital in 2014 to become one of the most influential portals in the country with prime ministers and movie stars lining up to be interviewed. The Betoota Advocate empire includes multiple very popular podcasts, bestselling books, and the world-famous beer, Betoota Bitter.

The Betoota Advocate is a brand from Diamantina Media, Australia’s leading independent podcast network creating engaging and entertaining audio and video content. Its aim is to bring a unique tone and voice to on-demand media consumption in Australia and beyond. Diamantia Media publishes hit shows including Mr A+ with Michael Theo, Beyond the Likes with Amy Gerard, Chat 10 Looks 3 with Leigh Sales and Annabel Crabb and of course The Betoota Advocate podcast.