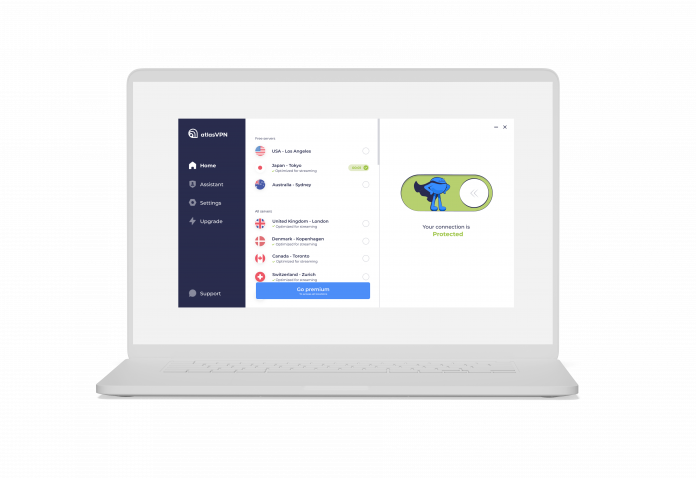 Following the recent wave of cyberattacks directed at Ukraine, secure freemium VPN service Atlas VPN has announced its support to journalists and media personnel in Ukraine by handing out Premium VPN subscriptions.

On February 15, a large-scale wave of DDoS attacks knocked down the websites of the defense ministry, army, and Ukraine’s two largest banks, PrivatBank and Oschadbank.

A week later, on February 23, another DDoS attack took down multiple Ukrainian governments, military, and bank websites, even though this time, the outages lasted shorter.

The attack was thought to be carried out by the Russian Main Intelligence Directorate, according to the UK government and the US National Security Council (GRU). With full-scale invasion now underway, more cyberattacks can be expected.

The surface process of how DDoS cyber attacks work is relatively straightforward. DDoS attacks use a botnet (a network of infected computers) to flood a victim’s IT infrastructure with more requests per second than the system can process, causing the victim’s service to be disrupted.

Any computer or smart device can be infected by cybercriminals and become part of a botnet. As the wave of cybercrime infects more and more devices each year, these attacks become more common than ever.

Most enterprises protect themselves against DDoS attacks by limiting the number of concurrent requests sent from a single device. Once again, if the hacker group has an extensive network of botnets, it does not matter since requests originate from different devices.

While it is challenging for large enterprises to protect themselves against DDoS attacks, this is not the case for individuals. Users can hide their IP address by connecting to a VPN server, which means that hackers cannot locate your network and, in turn, cannot target you.

According to Atlas VPN, “It is worth noting that users should always stay connected to a VPN to prevent DDoS attacks since this method does not work if you are already under attack.

“In short, using a VPN is one of the best ways to secure your network against DDoS threats. In addition to hiding the IP address, VPN also encrypts your connection, protecting your online activity from being tracked.”

According to the company, “As we stand for freedom online and beyond, we wish to help journalists who risk their safety to provide the most accurate information to the public. Therefore, Atlas VPN will hand out Premium VPN subscriptions to journalists in Ukraine until the crisis is over.

“This way, media representatives can carry out their investigations online and share their findings while being protected by military-grade encryption, which will completely hide their online activities.

“There are two benefits of using a VPN in this scenario. First, it protects individuals from being attacked by DDoS attacks. This is especially important for independent reporters, who have no backing if they get targeted by threat actors.

“Secondly, neither their ISP nor other third parties will have any track of the reporter’s activities online, which, hopefully, will encourage them to share information even more openly, even if that is done under an alias or by private messages with media outlets.”

Journalist in Ukraine wanting a Premium VPN subscription, are invited to email pr@atlasvpn.com, and the company says it will get back to you within 24 hours.