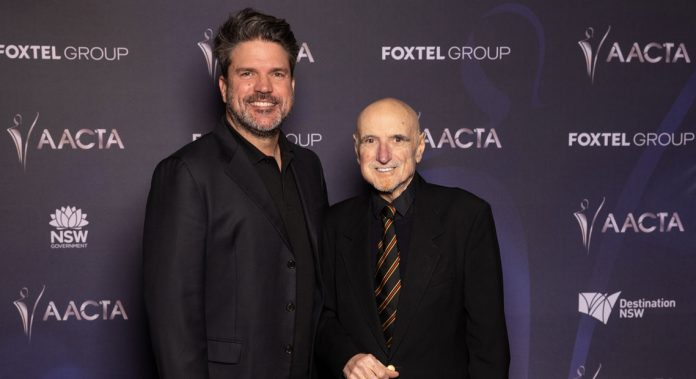 After a historic 12 years of leadership, Alan Finney has announced he will step down from his role as the Chairperson of the Australian Film Institute (the AFI – also the governing body of the Australian Academy of Cinema and Television Arts, AACTA). AACTA is pleased to announce that award-winning producer, Keith Rodger has been unanimously elected by the AFI Board as its new Chair. Rodger will be supported by industry renowned screenwriter and screen personality, Margaret Pomeranz who has been appointed in the new position of Vice Chair.

The Australian Film Institute (AFI) was established in 1958 and the Australian Academy of Cinema and Television Arts (AACTA) founded in 2011 to help support the development of an Australian screen creative community and industry. Alan Finney has been the AFI’s longest serving Chair (2010-2022).

As Chair of the AFI, Alan helped usher in many major achievements including:

Keith Rodger | AACTA Chair said, “Thank you Alan Finney for your incredible contribution to national industry programs over so long and I am honoured to be able to work with the AFI AACTA Board, Management and our members to build on your legacy. Australia has an incredible base of talented screen professionals in front of and behind the camera and coupled with the invaluable support of Federal and State Governments, and ever greater innovation and global engagement opportunities, I look forward to driving inclusive and dynamic programs that enhance our screen industry’s unity, global relevance, growth and impact.”

Margaret Pomeranz | AACTA Vice Chair, added, “Alan’s significant contribution and leadership of the AFI Board over the past 12 years has been felt throughout the industry. His insights, knowledge and experience will be sorely missed. I look forward to working closely with Keith, the rest of the AFI Board and Management on this next chapter for the Australian Academy of Cinema and Television Arts.”