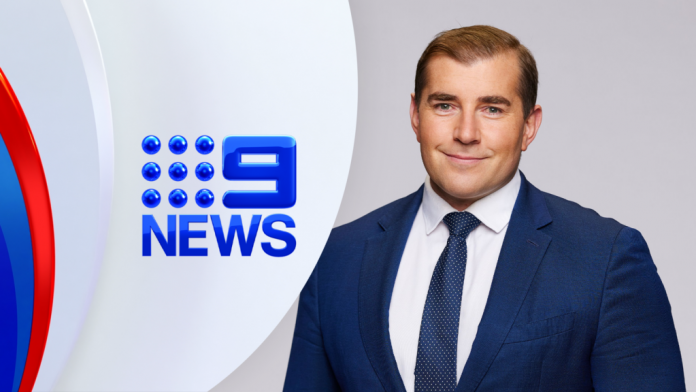 Charles Croucher has been announced as Chief Political Editor for 9News.

Stepping into what is one of the most sought after roles in Australian media, Charles replaces the outgoing Chris Uhlmann, who recently announced he would be retiring at the end of this year.

It is a role that was made famous by the legendary Laurie Oakes.

Darren Wick, Director of News and Current Affairs for Nine, said: “The most important reporting role at Nine is the Chief Political Editor in Canberra. We’ve built the reputation of 9News around excellent journalism and fearless commentary from Laurie Oakes and Chris Uhlmann. Charles Croucher is a brilliant political reporter and analyst. We’re very excited about the leadership he will bring to our dedicated team covering the Federal Parliament. This is a new era for 9News. We’re at a turning point in history as Australia defines its place in the world and our region where alliances are rapidly changing. Charles has excelled at every challenge throughout his career at Nine. He is the best person to break down the complicated language of politics and cut through the spin. Charles will show our viewers what’s really going on at all levels of government. His commitment and appetite for hard work are infectious. We can’t wait to get him started.”

Charles Croucher said: “When I first arrived at Parliament House, I counted the steps between my desk and Laurie’s. I was so lucky to be able to watch and learn from the absolute best. It’s a huge honour and challenge to follow in the footsteps of Laurie and Chris, but I’ll be helped by a remarkable team of reporters and camera crews. I’m excited to now help lead a very talented team, telling some of the most important stories impacting Australians during these challenging times.”

Charles grew up in Branxton in the NSW Hunter Valley. He attended Hunter Valley Grammar School and then Charles Sturt University in Bathurst.

Charles started writing for the local Branxton newspaper as a sports reporter at the age of 16.

In 2012, Charles moved to Melbourne where he joined the A Current Affair team as a reporter.

From 2013 to 2018, Charles was based at Parliament House in Canberra as politics reporter for 9News.

In 2018 he took on the role of US Correspondent for9News, based in Los Angeles.

For the past two years, Charles has been based in Sydney as co-host of Weekend Today.

Charles has covered elections in every state and territory in Australia, as well as international elections across five continents.