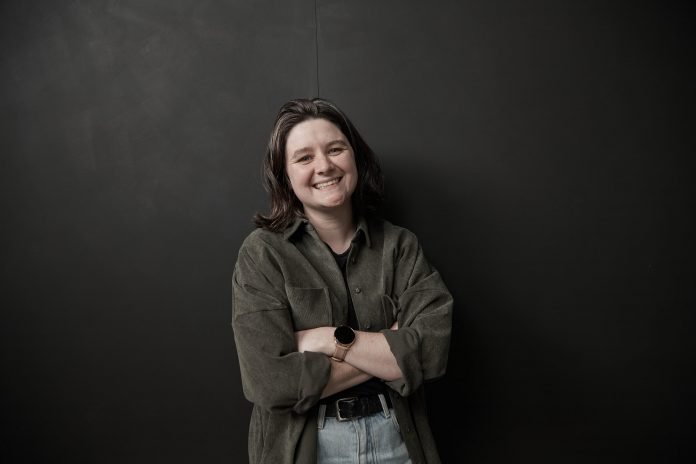 In her new role, Sarah will oversee 2D projects for both original and client service work in the Sydney studio and will help spearhead Flying Bark Productions’ further expansion into original content with a specific focus on anime-influenced traditional animation and Flying Bark’s recently announced After Bark brand.

Part of the Flying Bark Productions team since 2016, Sarah has been pivotal in the growth of the 2D team at Flying Bark, most recently with her work as Series Director, Co-Producer and Writer on LEGO: Monkie Kid – working with the LEGO teams out of China, Los Angeles, and Denmark to bring the series to life.

“Sarah in collaboration with the creative leadership team has spearheaded the development and vision for our 2D animation, garnering a world-renowned reputation. She has co-produced, and series directed one of the most watched programs our studio has produced with the creation of Monkie Kid for LEGO. The series has attracted more than 600 million views and her trademark design, animation and writing style has amassed super fans from all around the globe. She and the team have smashed the ceiling on every measure, and we couldn’t be prouder of her achievements. We look forward to her continued involvement in the company’s leadership team,” said Flying Bark Productions’ CEO, Barbara Stephen.

Sarah joins fellow Creative Directors, Alexs Stadermann (100% Wolf, Maya the Bee Movie) who is based in Sydney and Ian Graham (Glitch Techs, Legend of Korra) who heads up the company’s Los Angeles studio.

Flying Bark Productions continues to grow its world class animation team across CG, 2D and CG/2D hybrid productions (including Marvel’s What If..?). With 350 employees across all departments including a 2D team of over 200 artists, Flying Bark Productions has quickly become one of the most sought-after studios around the world for traditional frame-by-frame animation.

The studio’s list of impressive recent projects include Nickelodeon’s Rise of the Teenage Mutant Ninja Turtles Movie which has been the team’s first foray into 2D feature film production as well as shows including LEGO: Monkie Kid S1-3 and Disney Marvel’s soon to be released Moon Girl and Devil Dinosaur.

The studio is preparing for further expansion to support more 2D feature animation in addition to the various development and pre-production projects as part of its growing slate.

Flying Bark Productions and After Bark is wholly owned by independent media and theme park business; Studio 100 headquartered in Belgium.