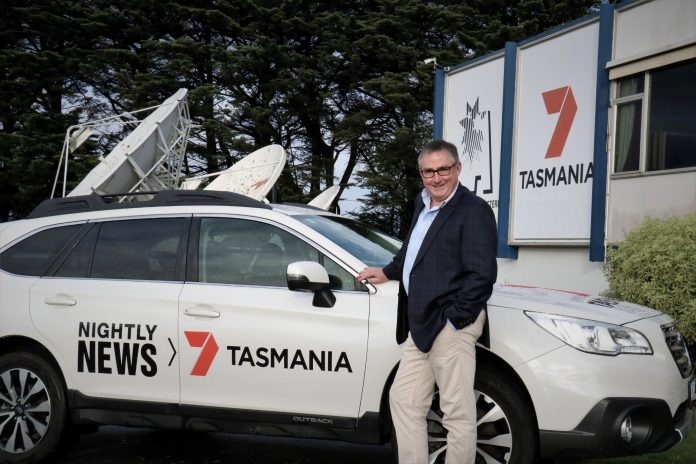 SCA has announced that after an astonishing 42-year career with the business, SCA Tasmania’s Director of Television News, Grant Wilson has made the decision to retire at the end of this year.

As Director of Television News, Wilson has overseen the television news team including journalists, camera operators, producers, editors and presenters to deliver SCA’s television news requirements across regional Australia, including a daily one-hour news bulletin in Tasmania. Nightly News on 7 Tasmania was the no. 1 regular TV program in 2021, and for the year to date in 2022. The news program has been Tasmania’s no. 1 preferred choice for news in 2017, 2018, 2019, and 2020.

“Grant’s contribution to television in Tasmania is unmatched. As a passionate advocate for our medium and our teams, Grant has been behind the scenes supporting and guiding in his commitment to providing outstanding news for Tasmanians,” SCA Executive General Manager of Victoria and Tasmania, Ally Bradley, said. “In the last few years Grant’s passion and expertise has expanded to our mainland news updates Victoria, New South Wales, Queensland, the Northern Territory and Spencer Gulf bulletins. Throughout the years he has created a pipeline for journalists to progress their careers, with many honing their craft under his guidance. I will miss talking to ‘Grunty’. Every day he has been an exemplary leader to our people and a trusted confidante to me.”

Leaving an incredible legacy behind, Wilson said: “The last 23 years have been both exciting and rewarding for me and I’d do it all again in a heartbeat. It’s been a privilege to work with some of the best in the industry and celebrate the careers of those who have made it to the top of the profession. I’ve seen many changes to the industry in my career and in some ways it’s just as exciting today as it was all those years ago. I will depart with a heavy heart but also with the hope that I’ve left the state’s news landscape a better place.”

SCA is recruiting to find a suitable replacement News Director for the Tasmanian market.