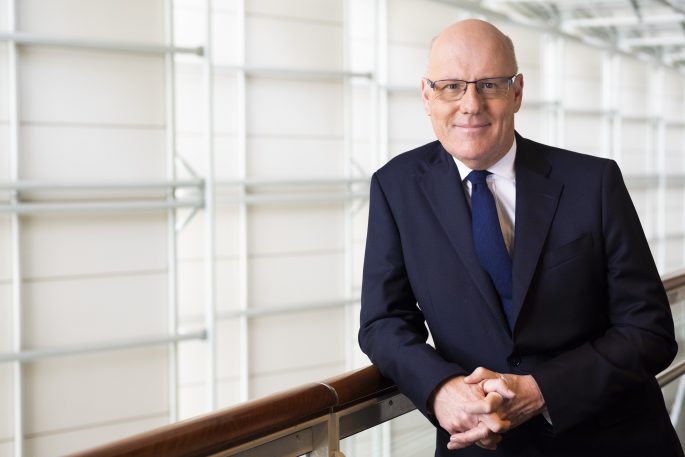 John Lyons, one of Australia’s leading journalists and most experienced foreign correspondents, has been appointed ABC NEWS Global Affairs Editor.

Lyons will contribute expert analysis and reporting across all platforms and enhance on-the-ground coverage of the biggest world stories.

He will also help mentor the next generation of talented correspondents coming through the organisation.

According to ABC Director of News, Justin Stevens, “International reporting is one of the core services the ABC provides to our audiences. Our correspondents make sense of the key overseas events and issues from an Australian perspective and analyse how they impact us at home.

“We have an outstanding group of correspondents and John will add more than four decades of experience as a journalist. He is the perfect person for the role.”

Previously he has worked as a foreign correspondent based in Washington, New York and Jerusalem for a range of media outlets.

Lyons will take up the new role in June, following the federal election.

“For 90 years the ABC has reported and analysed events around the world for an Australian audience. It is therefore a great honour for me that, after 40 years in journalism, I have the opportunity to join the ABC’s international team,” said John Lyons. “Parts of the world today are as precariously poised as they’ve been since World War II. If a year ago someone had said that, in 2022, we would have another war in the heart of Europe and Vladimir Putin would order his nuclear capability be put on high alert few people would have believed that possible.

“I would like to acknowledge the ABC’s new Director of News Justin Stevens for deciding in his first two weeks to boost the ABC’s international coverage.”

A three-time Walkley Award winner, John Lyons has reported at home and abroad across four decades.

His first major foreign assignment was reporting on the fall of former Philippines President Ferdinand Marcos in 1986, going on to co-author a book about the dramatic fall of the corrupt regime, Marcos and Beyond.

In 1991 he was posted to New York for The Sydney Morning Herald and later to Washington for The Australian, covering the election and inauguration of Bill Clinton, the early days of the Clinton administration and the beginning of the Oslo peace accords.

In 2009 Lyons was posted to Jerusalem as the Middle East Correspondent for The Australian. From there he covered stories including the rise and violent downfall of the Arab Spring, the end of the Gaddafi regime in Libya, the collapse of the Mubarak regime in Egypt and the attempt by ISIS to take Baghdad.

He reported on three wars between Israel and Hamas in Gaza and the “Green Revolution” in Tehran, which was brutally put down by the Iranian regime. While based in Jerusalem, he also won three United Nations human rights awards and wrote the book Balcony Over Jerusalem: A Middle East Memoir.

From the Middle East he won the Walkley Award for investigative journalism for a report for Four Corners. His other awards include the 1999 Graham Perkin Award for Australian Journalist of the Year for his outstanding reporting on national affairs for The Bulletin.

His other previous roles include Associate Editor (Digital Content) at The Australian and Executive Producer of the Nine Network’s Sunday program.