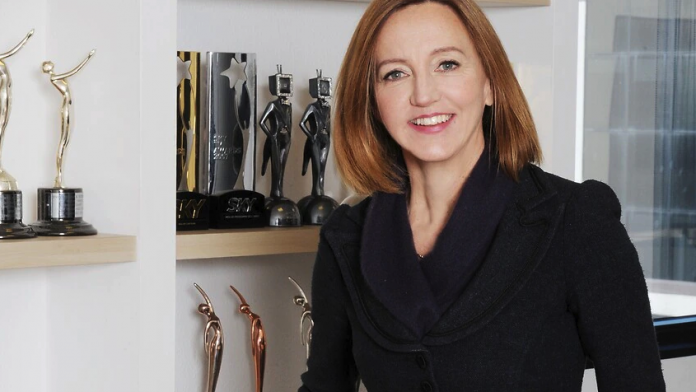 SBS has announced that international media executive Kathryn Fink will take up the role of Director of Television.

Australian-born Fink has over 30 years’ industry experience, having worked in major media markets including Los Angeles, New York and Hong Kong, and in senior roles overseeing content and operations for television and streaming services including at the Walt Disney Company, Sky Italia and News Corp.

James Taylor, SBS Managing Director, says: “I am very pleased to announce the appointment of Kathryn Fink as SBS’s new Director of Television. Kathryn brings a real breadth of experience to the role having worked across multiple continents, including America, Asia and Europe, and on all aspects of the global TV and streaming space – from content production, to operations and distribution, and across entertainment, fiction, factual and sports programming.

“She also shares a passion for the distinctive content that defines SBS, underpinned by the SBS Charter,” he said. ”Among the standout programming she has commissioned is Romanzo Criminale, a crime drama series that was a catalyst for change in the Italian TV industry, Le Fate Ignoranti which recently won the Nastro D’Argento award for best TV series and Where are You, a National Geographic documentary which traced the human stories behind a migrant boat arriving on the shores of Italy.

“Kathryn is exceptionally well placed to drive the ongoing success of our TV and SBS On Demand channels as we continue to grow and evolve as a network.”

“I feel very privileged to be to be given this opportunity to be a part of an organisation like SBS,” says Fink.

“I am excited by the prospect of working with the talented and dedicated team to continue to deliver innovative, world-class content that explores, challenges and celebrates contemporary Australia, with the most distinctive multiplatform offering in the country.”

Fink was most recently General Manager, Media for the Walt Disney Company in Italy responsible for Disney+, PayTV channels, original content production and content sales up until 2021.

She has also served as Managing Director at the Fox Networks Group in Italy and played a key role in the launch of Sky Italia in 2003. Remaining with the business for eight years she was for much of that time as Head of Programming, where she was responsible for commissioning hundreds of hours of content each year and managed all partner channels on the Sky Italia platform as well as Sky’s owned and operated cinema and entertainment channels. Fink oversaw original productions including Romanzo Criminale, Fiorello Show and the launch of Sky Uno which is the platform’s primary entertainment channel.

Fink is bilingual, speaking fluent English and Italian, and was recently appointed an independent board director of the Juventus Football Club, which is listed on the Milan stock exchange and the club with the largest fanbase in the Italian football league.

Her appointment follows an international search, following the departure of Marshall Heald after 14 years with the organisation, earlier this year.

James Taylor added, “I’d also like to take this opportunity to recognise and thank Chris Irvine who has been acting in the role since the beginning of the year, including leading the team through major initiatives and announcements such as the launch SBS’s Commissioning Equity & Inclusion Guidelines, SBS’s Upfront, and the launch of SBS’s Commissioning Roadshows this month.”

Fink’s appointment is effective from the 4th of July 2022.