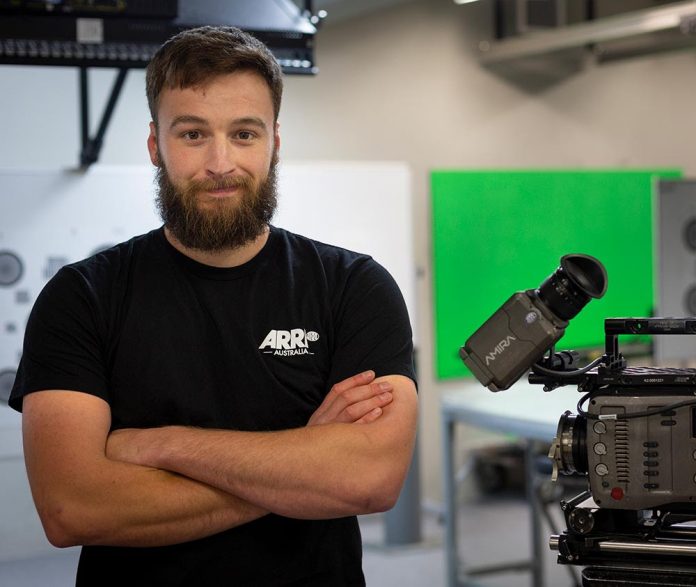 ARRI Australia has announced the appointment of Mike Bull to the position of Business Development Manager, New Zealand.

While Mike graduated BSc (Hons) in Marine Biology majoring in Genetics, he chose (like his dad) to pursue a career in photography. Mike’s choice of career path coincided with his decision to move to New Zealand in 2015, where he soon picked up work in the feature film and commercial production markets, moving away from stills towards the moving image.

“The expansion of the ARRI Solutions Group to serve the growing studio market also adds an exciting dimension to what we offer, and I believe Mike is the perfect person to ensure our New Zealand customers also benefit from our design and consultancy services.”

Service support is a key component of Mike’s role. For ARRI cameras and accessories, Mike will be part of the existing ARRI Australia team, providing direct local support to all ARRI customers. For ARRI lighting service Mike will support customers via existing sales and service distributors EMP Digital Technologies and Professional Lighting Services.

Mike will be based in Auckland. He can be contacted at mbull@arri.com.au