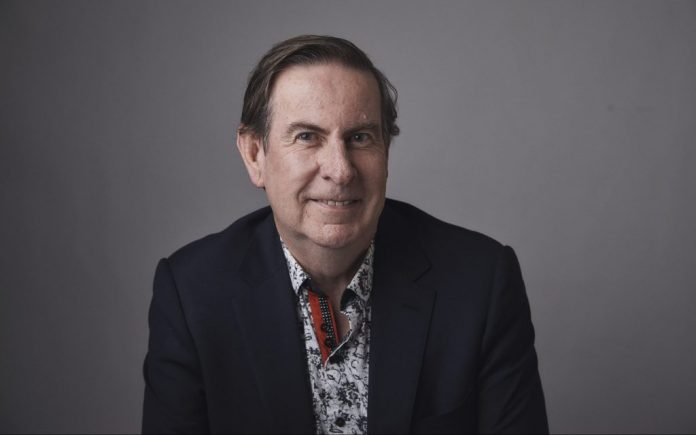 The South Australian Film Corporation is bidding farewell to SAFC Board Chair Peter Hanlon, who will be stepping down from the role in December after having chaired his final SAFC Board meeting.

Appointed SAFC Chair in 2018, Peter will leave the role at the conclusion of his three year term to pursue a new business venture with city-based creative hub Light Adelaide.

During his time as SAFC Board Chair Peter also served as Chair of the Screen SA Advisory Committee, established to oversee the growth of screen related industries and job opportunities in the state.

SAFC CEO Kate Croser said: “With a wealth of experience in business, the arts and management, and a love for film and music, Peter has been a passionate, dedicated and highly effective SAFC Chair. His three-year tenure has been marked by his deep commitment to the support and growth of the South Australian screen sector at large.

“In his time as SAFC Chair, Peter has overseen growth initiatives including the introduction of Australia’s first video game development rebate and extension of the PDV Rebate, the rapid establishment of a consistent pipeline of screen production activity during COVID-19 extending to our current record levels of production, and the reboot of the successful Film Lab program to escalate the careers of the next generation of South Australian writers, directors and producers.

“On behalf of the SAFC Board and staff, I’d like to thank Peter for his leadership and wish him well in his new endeavours.”

Departing SAFC Chair Peter Hanlon said: “It’s been an honour to serve on the SAFC Board, particularly at a time of great opportunity and growth, and I’ve loved being a part of the team led by CEO Kate Croser and working with my Board colleagues.

“The South Australian screen industry is a vibrant part of the Australian industry; we have world famous post production houses, brilliant games practitioners and producers, directors and crews who make some of the best films, TV series and screen content in the world.

“I leave to engage myself even deeper into the screen and broader entertainment industry by becoming a partner in Light Adelaide which I believe will soon be the centre of immersive entertainment in Adelaide and likely the country.”

A retired corporate executive with a successful career in the banking industry, Peter established himself as an independent filmmaker in 2015 with his production company Living Not Beige Films.

Prior to being appointed to the SAFC, Peter held positions on the Boards of BankSA, the SA Museum, Jawun Indigenous Enterprise Partnerships and the Fleurieu Community Foundation, of which he was the founding Chair. In 2021, Peter partnered with well-known South Australian filmmaker Madeleine Parry to create Trove Films, a boutique development and production company.

Options are currently being considered options for Peter’s replacement, which will be announced in due course.