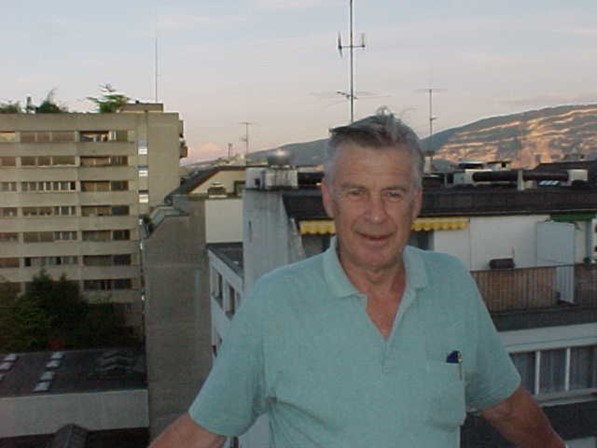 Free TV Australia has announced the passing of its former Director of Engineering, Richard “Dick” Barton.

Mr Barton held the position of Director of Engineering at the Federation of Australian Commercial Television Stations (FACTS) from 1981 to 2001. His broadcast engineering career commenced only three years after the Australian launch of television, during which time he worked as a broadcast engineer at NSW 9 Adelaide and TNQ 7 and FNQ 10 in North Queensland. His time at the coalface of television production and transmission spanned the rapid expansion of this new medium across Australia and many technical advances, most notably the conversion to colour television in 1975.

Dick Barton demonstrated deep technical knowledge and industry leadership during his time with FACTS, where he was instrumental in guiding the industry through some major developments, most notably regional licence aggregation, the introduction of the new Broadcasting Services Act in 1992 and planning for the transition to digital television. He was deeply respected in the Australian media sector, and received recognition for his many achievements within the broadcasting industry including the Paul Marlan Engineering Award in 1997 for his significant contribution to commercial television engineering.

Mr Barton’s expertise in the area of digital television standards was critical to Australia’s move from analogue to digital broadcasting and his capability was internationally recognised in many forums, including being requested by the United Nations International Telecommunications Union to Chair the 1999 preparatory meeting for the World Radio Conference in 2000.

Free TV’s Chief Executive Officer, Bridget Fair said: “Dick Barton loved television and devoted his career to ensuring that every Australian could enjoy a world class service. He was a formidable champion for the industry over many years at the national and international level. He was admired and respected by his colleagues and was a true gentleman. His significant impact on the Australian broadcast industry will not be forgotten.”

Free TV’s Director of Engineering, Roger Bunch said, “Dick Barton set a great example of the high values for accuracy required in science and technology to ensure standardisation achieved the intended scope and objectives for the end users. He displayed great insight from his foresight displayed in the intense debates on the Australian proposal for the global HDTV picture format.

“He will be remembered internationally as an excellent ambassador for Australia in his ITU activities and a dear friend to many in the broadcasting industries in many countries, particularly in the Asia Pacific region.”

Mr Barton is remembered as a very knowledgeable Engineer and will be greatly missed by his family, friends and colleagues.