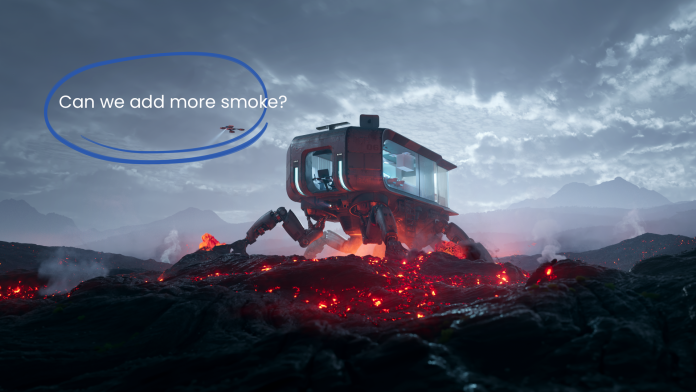 Visualisation technologies developer Chaos has released V-Ray 6 for Maya, the latest version of its Academy Award/Emmy-winning production renderer. A staple of over 400 major projects, V-Ray has been used across the streaming and feature film world, including recent effects for The Batman, For All Mankind and Stranger Things 4. V-Ray 6 for Maya expands its feature set with geometric tiling, procedural clouds, a new shader profiler and more.

VRayEnmesh is a new system that repeats geometry across the surface of an object in the most memory-efficient way possible. With Enmesh, artists can start treating geometry like a texture, creating patterns like chainmail, car grills and fabrics that are ready for their close-up. Enmesh is so easy on the memory, users can add billions of polygons to a scene without compromise.

Procedural Clouds have been added to the V-Ray Sun and Sky system, removing the need to settle for a static HDR or a cloudless sky. Artists can now customize their scenes, taking full advantage of ray-traced lighting, ground shadows and volumetric effects as they animate.

V-Ray 6 for Maya also introduces a new profiler that tracks the calculation time of shaders and volumes in a scene. Artists can now locate all hot spots in their scene, helping them optimize pipelines for even faster rendering. By pairing V-Ray Profiler with Memory Tracking, V-Ray 6 for Maya users now have everything they need to tackle the monitoring and optimization of their projects.

Other features in V-Ray 6 for Maya include: