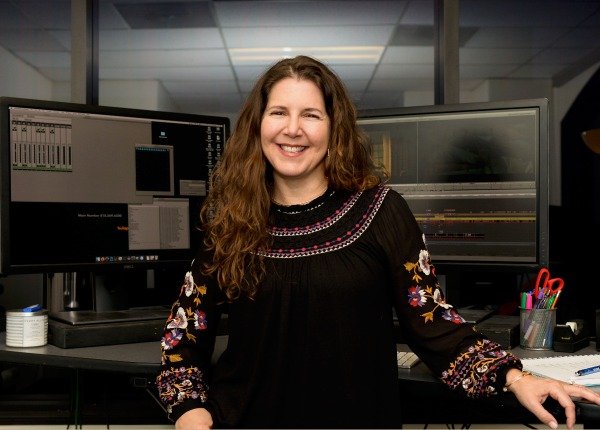 Hula Post supported a hybrid workflow with remote and local systems for the streaming feature, The Valet. Starring Eugenio Derbez and Samara Weaving, it premiered on Hulu on May 20th, 2022. The movie is a remake of the 2006 French film The Valet. In the new version, a movie star (Weaving) enlists a Mexican parking valet (Derbez) at a Beverly Hills restaurant to pose as her lover to cover for her relationship with a married man.

The Valet began principal photography in April 2021, on location in Atlanta, well into the pandemic, but in the early stages of vaccine rollout; therefore, safety protocols remained in place. Edited by Sandra Montiel, ACE, the editorial team used a hybrid editing workflow solution. Initially, everyone worked from home for the editor’s cut. Hula Post installed an Avid Media Composer system for Montiel so that she could work locally. First Assistant Editor Jeremy Mattheis, Second Assistant Editor Annie Popko, and Apprentice Editor Henry Mendoza used the Hula Post Everywhere remote editing solution. It consisted of three Avid Media Composers set up at Hula Post’s Victory Blvd location in Burbank, CA. Media was stored in the Datacenter, set up in a unique, secure environment there. Using a Residential Remote Interface in-home installation, they accessed their systems via a secure connection with dedicated bandwidth and Nexis storage. “Working with a computer remotely is strange initially, especially when the industry returned to work during the pandemic because everyone was learning a new workflow,” said Mattheis. “Now, at this stage, the process is much smoother, and once I get involved in a project, I forget that I’m working remotely, so it’s business as usual.”

In July 2021, once shooting ended, Sandra and her team moved into a creative suite at Hula Post’s West Los Angeles location to begin the director’s cut so that the director, Richard Wong, could come in. Post Producer Renee Minasian, Post PA Nayeli Fernandez, and Post Coordinator McKenzie Mosely also joined them at that point. Hula Post relocated the Media Composers originally installed in Burbank and Montiel’s home system so that everyone was then networked together. But the remote access to the systems remained in place at the assistants’ homes, giving them the option to work from home and in the office. It became particularly important when the Omicron variant of Covid emerged later in the year.

Overall, cutting from start to finish went smoothly with little interruption due to COVID. She started The Valet at the end of April 2021 and finished the third week of February 2022. According to Montiel, “To me, editing The Valet was a return to normalcy in the editing process because we delivered it in ten months which is typical for a feature of this size that isn’t an action one.”

Montiel feels that The Valet represents the Latino culture in Los Angeles and that many people will relate to it, therefore, enjoy it. Further, although considered a comedy, she said, “The Valet has a range of emotions, there’s laughter of course but also sadness, excitement, crying and through all that the audience can see the characters change, becoming a better person who has integrity and values.”