Maxon is on Fire with Upgrades 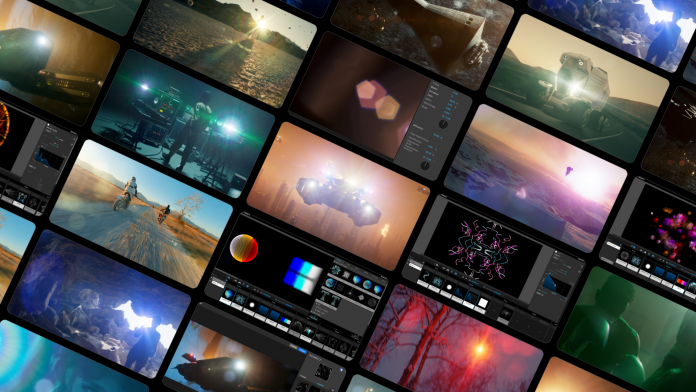 Cinema 4D introduces a brand-new feature – Pyro! Turn up the heat and unfold the potential with Pyro to create fire, smoke and explosions that interact with forces, cloth and soft bodies.

Pyro allows artists to emit smoke, fire and explosions from any Cinema 4D object or spline and quickly simulate the effects on the GPU or CPU. Smoke density, fire temperature and more parameters can be controlled to art-direct the simulation. Thanks to Pyro’s seamless integration with Cinema 4D’s Unified Simulation System, Cloth and Soft Bodies can be set ablaze and fan the flames.

Cinema 4D’s new integrated RS Camera makes it even easier to get the perfect shot, thanks to intuitive physical camera controls and Redshift effect settings. A new sensor fit option makes it easy to render with overscan or adapt compositions for various aspect ratios.

With the new Radial Symmetry artists can interactively model anything round by defining a number of slices and offset.

Support for procedural polygon selections and vertex maps on generators has been improved and now also includes support for field-based point and edge selections.

Forger continues to bring the comprehensive modeling capabilities of Cinema 4D to iPad with the addition of Symmetry modeling.

Mirror your models in Forger with symmetry in this new release and enjoy a modeling experience on the iPad closer than ever to what Cinema 4D offers on the desktop.

The latest version of VFX introduces the first full version of Real Lens Flares. With Schmutz and Diffraction, you can make your lens look grimy and add rippling effects to each lens flare reflection element.

The first full launch of Real Lens Flares contains new features and performance improvements. Since our engine has now been field tested since launch, presets and project backwards compatibility can be ensured.

Dozens of new presets as well as base lens prescriptions have been added to Real Lens Flares.

Schmutz makes a grimy lens sparkle in the light that is reflected off of the glass, letting the user choose from multiple different textures.

Diffraction happens as light bends around the edge of an aperture, adding a rippling effect in our reflections, while subtly softening the render.

Trapcode 2023.1 offers a completely refreshed and upgraded user interface for the Particular curves and colour gradients as well as new emitter block presets for Form behaviors and improved performance.

Particular’s new curve and colour gradient UIs make it easier than ever to control and art direct the look of particles. Strong inspiration was drawn from Cinema 4D so Maxon One users will feel right at home using them.

Four new Form behavior presets were added to the Designer’s emitter block inside of Particular to speed up the creative process.

Several improvements have been added to the migration of older projects as well as improved Bounce physics.

Drastically enhanced interactivity with the Curve Pencil tool allowing users to get desired results more quickly while having better control over your curve, thanks to Curve Multi-point selection, improved Curve Point Location controls and more.

Users can now save, load and share their own custom Curve and Gradient presets.

Maxon continues to deliver valuable Capsule assets that subscribers can use as a creative kickstart. Artists can now easily compose a product shot with the new Backdrop Primitive. A new Square Star Spline and FUI Ring Spline create a variety of crosshair and reticule shapes for FUI graphics.