The Dumbest Science Fiction Movie Ever Made 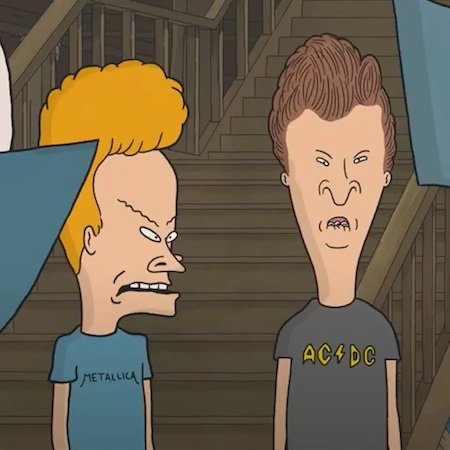 Beavis and Butt-Head are back with an all new movie!

In what will be not only the duo’s first on-screen appearance in 10 years, Beavis And Butt-Head Do The Universe also promises to sit atop all future lists of the dumbest science fiction movies ever made.

Streaming exclusively on Paramount+ from Friday, the 24th of June, Beavis And Butt-Head Do The Universe tells a tale that technically spans two centuries.

Beavis and Butt-Head wind up at space camp through ‘creative sentencing’ from a juvenile court judge in 1998. Mistaking a docking simulator for something else, Beavis and Butt-Head excel at it and are asked to join the space shuttle mission in a PR move.

After ruining the mission, they are left for dead in space and end up going through a black hole and reemerging back on Earth in 2022, only to discover a very different world – and find themselves considered Buttholes of Interest by the NSA, the governor of Texas, and a highly intelligent version of themselves from a parallel universe.

Beavis And Butt-Head Do The Universe is executive-produced by Mike Judge, Lew Morton and Mike Rotenberg, and Chris Prynoski, Shannon Prynoski, Ben Kalina, and Antonio Canobbio for Titmouse.

Beavis and Butt-Head Do The Universe joins a host of the world’s best entertainment currently streaming on Paramount+, including Tulsa King, Jerry and Marge Go Large, Super Pumped: The Battle For Uber, The First Lady, The Offer, The Man Who Fell To Earth, HALO, Star Trek: Strange New Worlds, iCarly, 1883 and Five Bedrooms, with All Star Shore, Tulsa King and Players streaming soon.