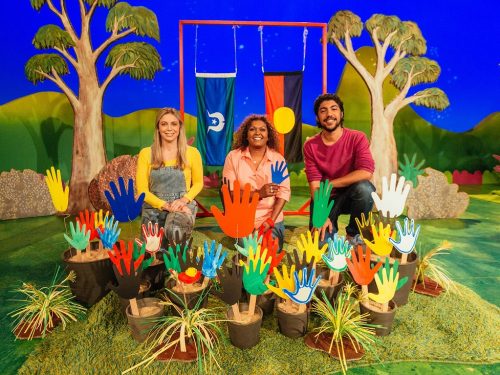 ABC content makers will now be able to readily identify and promote First Nations voices and screen practitioners with the launch of the ABC’s First Nations Talent Portal.

Continuing with this year’s reconciliation theme of ‘more than a word, reconciliation takes action’, the ABC says the talent portal represents its commitment to undertaking “braver, more impactful action”.

The talent portal will help current and emerging First Nations voices and screen practitioners to be part of the Australian media and entertainment industries both on-air and behind-the-scenes. The portal also supports the goals of the ABC’s Elevate Reconciliation Action Plan and Diversity Action Plan. Information collected will be stored in a centralised, secure internal ABC database which all content teams will have access to.

Portal Manager and Indigenous Researcher, Ebony Havnen said: “the First Nations Talent Portal is a valuable tool for content makers to find the right people for their projects. We’re diverse, dynamic people and we need better representation in all media.”

As the portal grows, it will become an invaluable resource to the ABC and its creative teams, allowing ABC creatives to readily identify, employ and promote First Nations people for future ABC projects. Such opportunities include guest appearances, producing, reporting, backfill, acting and hosting.

ABC Managing Director, David Anderson said: “First Nations talent continues to have an important role to play in bringing stories into the national conversation. The ABC has a commitment to create these opportunities and to reflect the cultural diversity and national identity of Australia.”

To further the work that is already underway between the ABC and First Nations Media Australia (FNMA), the ABC’s First Nations Talent Portal provides people the option to share their information with FNMA members. FNMA Chair, Naomi Moran said, “this is a positive step in acknowledging and recognising the place of Aboriginal and Torres Strait Islander spokespeople where Indigenous perspectives have needed to be heard across a range of topics. We are pleased to amplify those voices across First Nations media outlets. Working alongside the ABC to share resources and minimise double-handling from a talent perspective helps all of us concentrate on the work rather than the processes.”

First Nations people can connect directly to the ABC by either submitting their interest or by responding to one of our specific talent callouts. We invite all First Nations media creatives, performers, academics, community spokes people, peak body representatives, researchers and the like, to fill in their details if they would like to become a potential contributor to ABC content.