CCTV’s Latest Mission to the Moon Fuelled by Ross 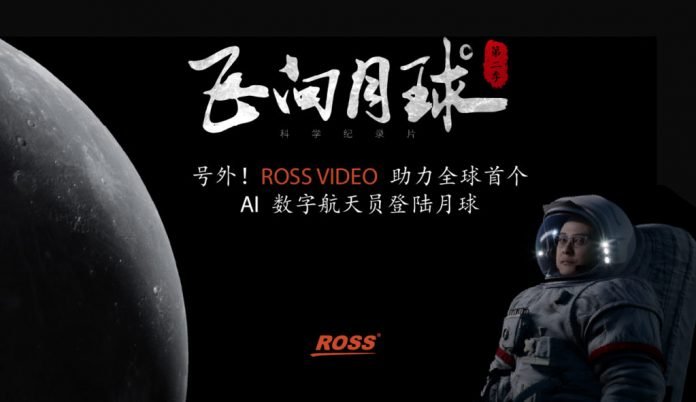 China’s national broadcaster CCTV made waves in 2019 with its innovative ‘Mission to The Moon’ series of documentaries, commissioned to coincide with China’s lunar exploration mission that saw the Chang’e 4 spacecraft land on the far side of the Moon. CCTV’s program makers created the world’s first 4K UHD Immersive Mixed Reality (IMR) production environment for broadcast television, and the show’s stunning visuals and audience success quickly led to plans for a second series that has now aired in China.

For series two, China Media Group (CMG) again turned to Ross Video for help creating a vivid lunar space environment that provided the audience with an immersive visual experience. CMG built the world’s first 4K mixed reality real-time digital VFX production studio to create the incredible number of original 3D animations that underpinned the series. The new studio also helped to create the innovative AI astronaut character who was a regular feature of the series and guided the audience around the lunar environment. The bulk of the visuals for the series were rendered using Voyager, the hyper-realistic rendering solution that is based on Unreal engine from Epic Games.

“We chose to work with Ross Video again because Ross has a much more comprehensive product and solution portfolio than other manufacturers,” comments Mr. Wang Zijian, CMG’s Senior Engineer and Director of Program Packaging Technology for Mission to The Moon. “The company has an extremely mature range of 12G SDI solutions but also helped us a great deal with other elements such as IP streaming. This second series was a huge endeavour that took over a year to plan and create. It saw us tackle new technologies and work with cutting-edge image capture methods. Highly complex workflows like these depend on expert, reliable technology partners, and we have received invaluable support from the team at Ross. The key to the success of both series one and two has been the combination of strong educational content married with amazing visuals, and Ross solutions have been the backbone of the latter.”

With Ross solutions helping CMG and CCTV to push the boundaries of VFX technology and set new standards for audience engagement, Mr. Wang Zijian is already thinking about 2022. “Ross has supported us for a number of years with the Chinese New Year Spring Festival Gala – the world’s most widely-viewed TV show – and we also used Extended Reality (XR) technology for the first time last year. We’re very excited to see how XR will develop and how Voyager from Ross will enable us to raise the bar for visual effects even higher as we begin planning our flagship 2022 shows.”