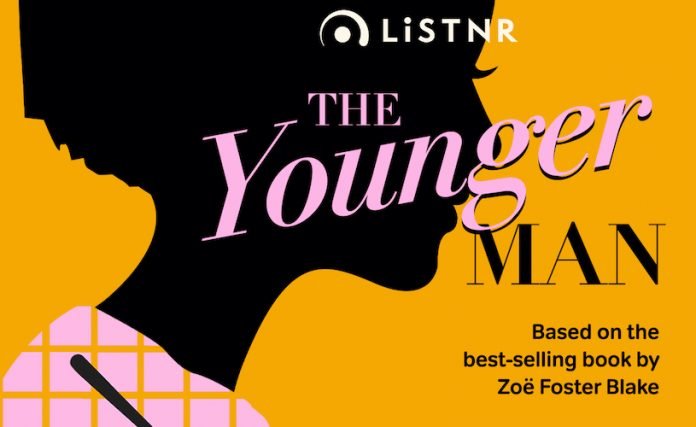 LiSTNR has released the first podcast series in its new Audio Fiction pillar based on Zöe Foster Blake’s book The Younger Man, as LiSTNR continues its commitment to ongoing innovation in the fast-growing digital audio sector.

Foster Blake’s best-selling book The Younger Man follows the aftermath of burnt out businesswoman Abby’s memorable night with a younger man called Marcus, and tracks the comedic ups and downs of their relationship trying to overcome their age gap, and the Audio Fiction version adds a few new twists to the story.

Developed in partnership with LiSTNR and renowned film and TV executive Bob Campbell and Bryden Media, Foster Blake’s best-selling book The Younger Man is the first of four of LiSTNR’s audio fiction series.

LiSTNR Head of Content – Original Podcasts, Jen Goggin said: “The process of using our production team’s skills to adapt and create a unique audio-first approach to The Younger Man story has been a dynamic, creative and exciting experience, and the result is a fun, compelling and immersive piece of audio-entertainment.”

Bryden Media’s Bob Campbell said: “The adaptation of Zoe Foster Blake’s The Younger Man has been a great first step in the audio partnership between LiSTNR and Bryden Media. It has been a seamless collaboration in the fast developing area of audio storytelling and entertainment.”