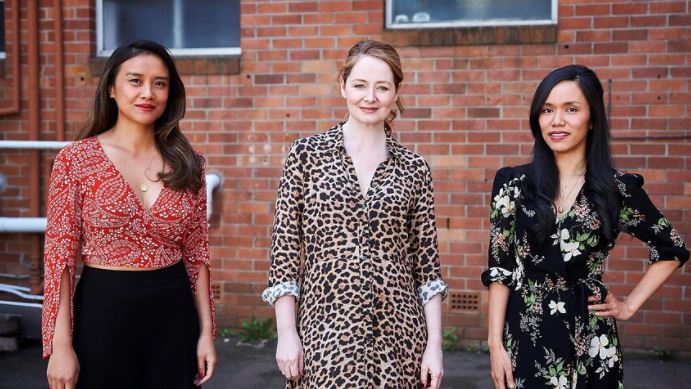 Boutique co-producer and distributor About Premium Content (APC) has signed a wave of international broadcast partners for its new scripted series The Unusual Suspects. The title has sold to Bell Media for Canada, streaming service Rialto in New Zealand, OCS in France, Filmin in Spain, AMC Networks International Southern Europe in Spain and Portugal, and Streamz and Proximus in Belgium.

Hulu in the US also recently acquired the series via a deal with APC. The series will premiere internationally in competition in the “International Panorama” section at Series Mania on Friday 27th August.

When a $16 million necklace is taken from self-made businesswoman Roxanne Waters’ home in an elaborate heist, the ensuing police investigation exposes cracks in Eastern Sydney’s sparkling façade. With the stakes higher than ever, can the masterminds stop themselves from turning on each other, or will they discover a friendship worth more than diamonds? Providing a fresh view into the immigrant experience, The Unusual Suspects is a highly entertaining tale of empowerment and a celebration of female friendship.

Laurent Boissel and Emmanuelle Guilbart, Joint-CEOs and Co-Founders at APC, say: “The Unusual Suspects is a series with huge momentum and a rapidly expanding audience, thanks to our fantastic global network of partners. We are delighted to be announcing this on the eve of the project premiering internationally at the prestigious Series Mania festival in Lille.”

Garnering unanimously positive reviews when it launched on SBS Australia in June 2021, the series was described by The Australian as “blending the risky class conflict machinations of the Oscar-winning Parasite with the vigorously full-throttle comic delivery of the Coen Brothers’ most out there films.”