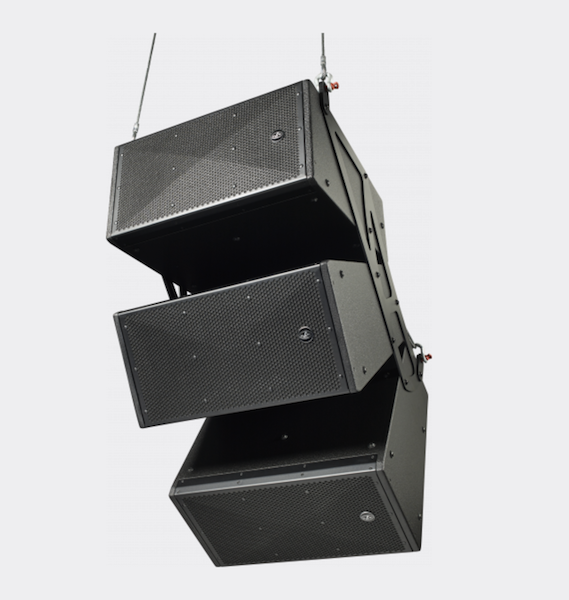 Overtime Elite (OTE) is a transformative new basketball sports league that offers the world’s most talented young basketball players a better pathway to becoming professional athletes. OTE provides a comprehensive accelerator for elite players’ professional careers. Their brand-new 103,000 square-foot facility is where OTE’s players train, study and compete. To ensure the best possible audio performance and to support their games and events, the facility is outfitted with loudspeakers from the Aero, Artec, HQ, UX, and CL series by DAS Audio.

AG Production Services of Las Vegas, Nevada, which in addition to being a full-service AV design/build firm is also active in construction services, was contracted to both build and outfit the new OTE facility from the ground up. Andrew Gumper, the firm’s president, serves as the company’s chief project manager – overseeing the designers, engineers, and installers involved in company projects. He discussed the OTE project and his reasons for selecting DAS Audio.

“Overtime Elite is a completely new approach to developing the next generation of professional basketball players,” Gumper explained. “It was important to management that in addition to being a cutting-edge sports facility, the venue be outfitted with the best possible audio reproduction equipment. This is because the announcements and other information that come across the loudspeakers must not only be suitable in terms of volume but must be clear and articulate to be clearly heard by players, officials, and audience alike. This led us to deploying DAS Audio.”

“The basketball court serves as OTE’s primary space,” Gumper reports. “The arena holds 1200 spectators and OTE hosts games that are open to the public.” Here, the AG Production Services team deployed 32 Aero-40A three-way powered line array systems, with each loudspeaker incorporating a 12-inch transducer in a bass-horn configuration for low-end reproduction, an eight-inch transducer for the midrange, with high frequency reproduction handled by two DAS M-75N neodymium compression drivers attached to a BPS-2912 waveguide. These are augmented by 16 Aero-20A compact line arrays – each equipped with a 12-inch transducer for the low-mid range, with one M-75N neodymium compression driver for the high frequencies. Low frequency support is provided by eight UX-218A subwoofers, each outfitted with dual 18-inch transducers in a front-loaded crossfire configuration.

When asked about the attributes that made the various DAS Audio loudspeakers the ideal choice for the OTE project, Gumper offered the following comments, “I’ve always loved the audio quality of DAS loudspeakers. They have a very natural, clear sound and their dispersion characteristics are excellent. Further, the company’s customer and technical support services are first-rate, and this is particularly important in terms of keeping a project on schedule.”

The installation of the DAS Audio loudspeakers took place in September 2021 and the facility opened the next month in October. Since that time, Gumper reports the project has been an overwhelming success. “The new DAS sound system has been absolutely amazing,” he said. “Our client is thrilled by its performance and capabilities. Levels are consistent throughout the entire basketball court, so there is never any question about what was announced – no matter where one happens to be seated. The entire DAS Audio team was a pleasure to work with and I’d like to offer a special thank you to Carlos Henao, the company’s U.S. Production and Touring Manager, for staying on top of matters throughout the project. To sum it all up – both in terms of the products and the supporting people – DAS Audio is hard to beat.”