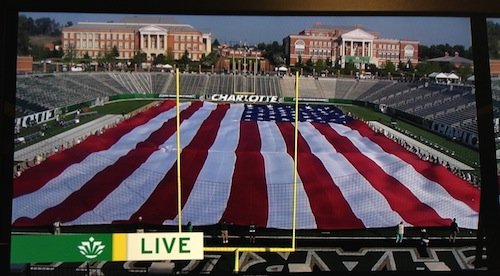 ESPN and the National Basketball League announce a new expanded agreement that will run for three seasons, until the end of the 2023/24 NBL season.

The landmark broadcast deal comes with an expansion of television and digital rights and, for the first time, extensive live game exclusivity to ESPN.

The new deal will see every NBL game across the season broadcast LIVE on ESPN, with the vast majority of matches exclusive to ESPN.

This means all 140 NBL regular season games will now be available on ESPN for the first time.

ESPN will air all but two games each round exclusively, and also have all key matches throughout the NBL Finals series exclusively.

Game Two and Three of each Semi Final series and Game Three onwards in the Grand Final series will be LIVE and exclusive to ESPN.

Kylie Watson-Wheeler, Senior Vice President and Managing Director, The Walt Disney Company Australia and New Zealand and Head of ESPN/National Geographic, APAC, said the landmark deal represents the network’s desire to share in the growth of the competition and solidify a renewed long-term partnership with the NBL.

“The National Basketball League has become a feature of ESPN programming and we are thrilled to extend the partnership with an expanded rights package for a further three seasons,” Watson-Wheeler said.

“Our audience’s appetite for the National Basketball League continues to grow with every season, and this new agreement delivers on that demand from our audience. The 2021-22 NBL season is set to be one of the most exciting on record, and basketball fans can now witness every game LIVE on ESPN.”

“The agreement also ensures that ESPN remains the undisputed home for basketball fans in Australia, and the only place to see every game of the NBL.”

NBL owner and executive chairman, Larry Kestelman, said the deal with ESPN was a big win for basketball fans and would result in a significant uplift in coverage and exposure across a variety of major media networks and digital platforms.

“The NBL sought, identified and secured a raft of true media partners who we felt would really invest in the league and its clubs, and align with our ambition to take the coverage of our game both here in Australia and in New Zealand, to the next level,” Kestelman said.

“We are extremely proud to be again joining forces with ESPN – the home of basketball and the most widely distributed sports channel in Australia. ESPN’s commitment to our competition, its clubs and players has been incredible over the past two years and we are delighted to be enhancing our fantastic relationship for at least another three-years.”

The new deal comes at an exciting time for the National Basketball League, with the coming season seeing the introduction of a new Tasmanian franchise, Tasmania JackJumpers.

Matthew Dellavedova’s return to Melbourne United following a stellar NBA career also has fans buzzing ahead of the new campaign.

This new agreement cements ESPN’s longstanding hold on major basketball properties, as the NBL continues alongside the NBA, WNBA and NCAA, bringing the ESPN audience the best in world basketball all-year round.

It also ensures ESPN remains a pivotal place for sporting fans to witness the biggest moments in world sport, with the brand enjoying the biggest reach of sports fans.