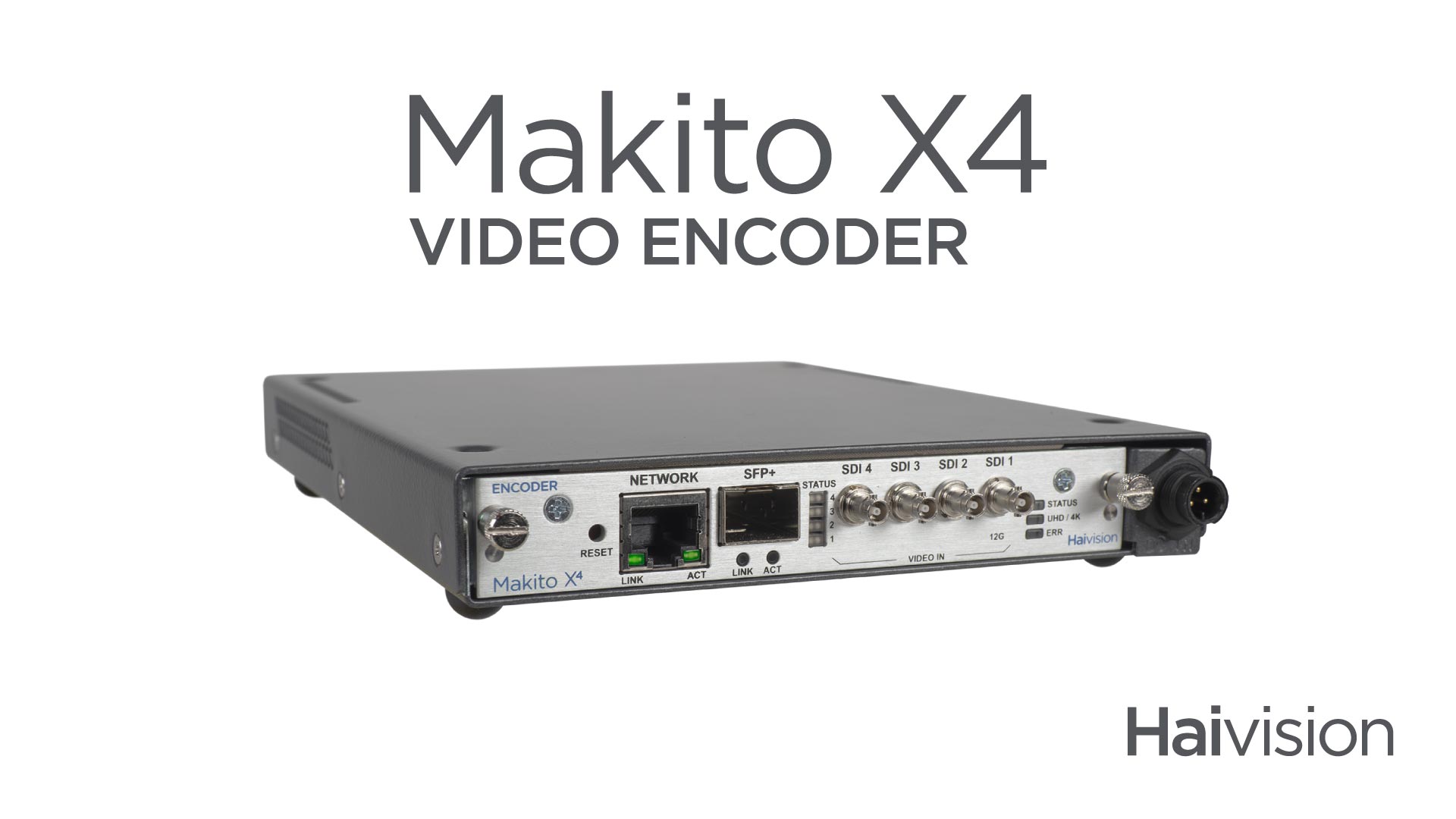 “Today’s broadcast networks depend on the transmission of real-time video from the field to production centers or cloud production services even when faced with limited bandwidth,” said Peter Maag, Haivision’s CMO. “By squeezing the highest picture quality out of every bit transmitted and enabling creatives to produce multiple streams in real-time, Haivision is addressing this core industry challenge.”

The specific improvements in the newest release of the Makito X4 encoder include:

The Makito X4 video encoder is a core “edge device” and part of Haivision’s intelligent-edge connected-cloud solution portfolio fueled by Haivision’s widely adopted SRT low latency network protocol. Other solutions include Haivision Hub, a fully automated cloud-native video network service to instantly connect remote resources with broadcast production, and the Haivision SRT Gateway to assist with real-time stream management over IP and through the cloud. Any Makito X4 encoder can be upgraded to immediately take advantage of the new capabilities.