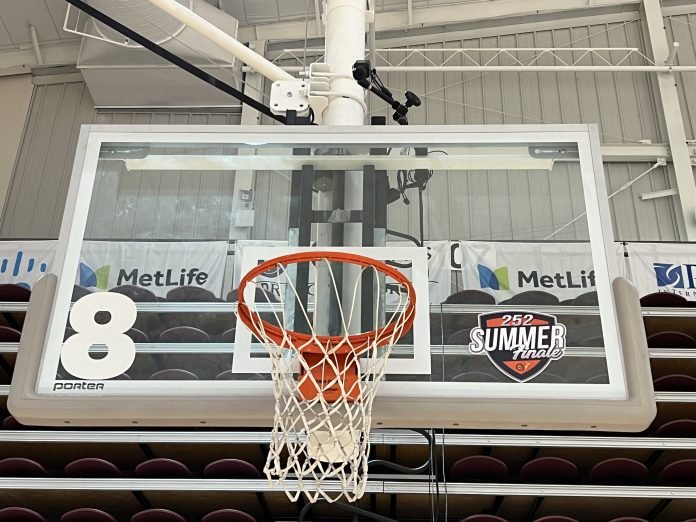 The 2022 Bridge II Sports’ Valor Games Southeast 3-on-3 wheelchair basketball tournament recently took place and was live streamed thanks to Leading Edge Multimedia and its CEO and founder, David Anderson. Anderson turned to the CV368 Compact Global Shutter Camera with Genlock from Marshall Electronics, to capture the action of the competition.

Anderson first heard of Marshall through an industry colleague. “After speaking with my friend, I emailed Marshall and was really impressed by the quick response I received from Tod Musgrave, Director of Cameras at Marshall,” says Anderson. “Tod sent a camera for me to test and as soon as I tried it, it knocked my socks off. I knew I needed Marshall in my inventory. Ever since, I have looked to use Marshall products whenever possible and knew my CV368 would be ideal to provide a unique perspective above the backboard for this wheelchair basketball tournament.”

Bridge II Sports creates opportunities for youth, adults, and veterans with physical disabilities to ‘Find the Player Within’ through the power of adapted sports. The non-profit organisation believes that sports empower and change lives on and off the court and challenge perceptions of disability in the community. The tournament included veterans and service members with disabilities as well as non-veterans/service members with physical disabilities taking the court in spirited competition and camaraderie.

“The team at Bridge II Sports originally contacted me looking for a one camera live stream,” adds Anderson. “When I arrived on-site and realized how incredibly important this event was and how amazing all of the people involved were, I knew I needed to pull out all the stops. With only two weeks to prepare, I ended up utilising four Marshall cameras.”

“The Marshall CV368 really shined because it is so small yet so powerful,” says Anderson. “Due to its size, it was less likely to be impacted by a ball since it was placed over the top of the backboard. I was expecting to use that angle three or four times a game, but I used that shot probably close to 300 times over the course of the tournament. It was my go-to since all the action happens under the net.”

Anderson also found the CV368 to excel in other ways. According to Anderson, “Marshall blows the competition away in every aspect, especially challenging light situations. Using Marshall allows me to be very portable due to its small footprint, but also with amazing image quality. Nothing can compete especially for live streaming.”

Bridge II Sports founder and CEO Ashley Thomas was also very appreciative of Anderson and his Marshall cameras. “David (Anderson) stepped up in an incredible way and let us show people wheelchair basketball,” says Thomas. “David’s idea to use the tiny Marshall camera on top of the backboard was a game changer. That little camera allowed our live stream to put viewers in the middle of the action and really engage with the audience. The images were so incredibly vibrant. It was wonderful.”