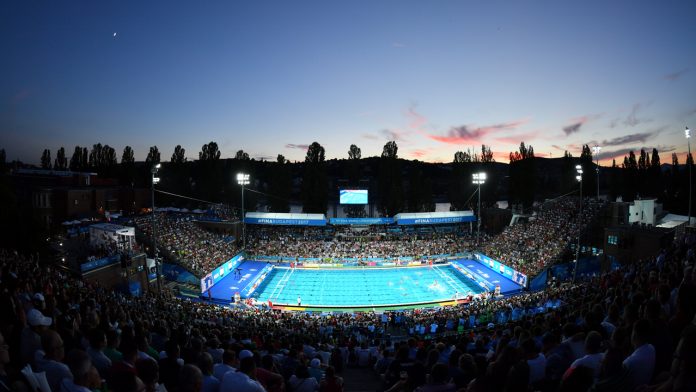 At least 23 broadcasters, including 22 EBU Members, will provide comprehensive coverage of Budapest 2022, the special edition of aquatics’ FINA World Championships, beginning on the 18th of June and running until the 3rd of July, 2022.

The impressive broadcasting line-up comes despite the exceptional, out-of-sequence championships being awarded to Budapest as recently as February, after the 2021 edition in Fukuoka, Japan was postponed, first to 2022 and then to 2023, because of the effects of the Covid pandemic.

Budapest 2022, aquatics’ flagship event of the year, is being broadcast by EBU Members after FINA, the sport’s world governing body, agreed to extend Eurovision Sport’s rights agreement, originally intended to run from 2018 to 2021, to cover the event.

The EBU has also retained the rights to cover next year’s World Championships in Fukuoka. The agreements cover the EBU territory, comprising Europe, North Africa and some Middle East countries.

They are joined by The Sport Channel (Israel).

The EBU will also provide complementary coverage on All Aquatics (aquatics.eurovisionsports.tv), the digital aquatics channel operated by Eurovision Sport, to ensure that all the action from Budapest (as well as all other FINA events in 2022) will be made available around Europe on a free-to-view basis.

FINA President Husain Al Musallam said: “The FINA World Championships resonates with viewers across the globe. This is very evident with our European audience. EBU’s coverage from more than 20 Members allows European fans to follow and cheer on their favourite aquatics stars throughout the 17 days of competition at this year’s event in Budapest. On TV alone, we anticipate EBU’s coverage of the 19th FINA World Championships to reach millions of viewers across the continent. Since 1973, European sports fans have benefitted greatly through FINA’s strong and longstanding partnership with the EBU.”

Andreas Aristodemou, Eurovision Sport’s Head of Summer Sports Rights, said: “The FINA World Championships is an event EBU has supported since its inception, and Budapest 2022 extends this proud record. We are delighted that our Members supported this acquisition and are bringing their unparalleled coverage and reach to another edition of FINA’s flagship event.”

Budapest is hosting the World Championships for the second time in five years, after it staged the 2017 edition. FINA took the decision to add the special edition to the 2022 calendar to help ‘maximise opportunities for established and emerging aquatics athletes’.