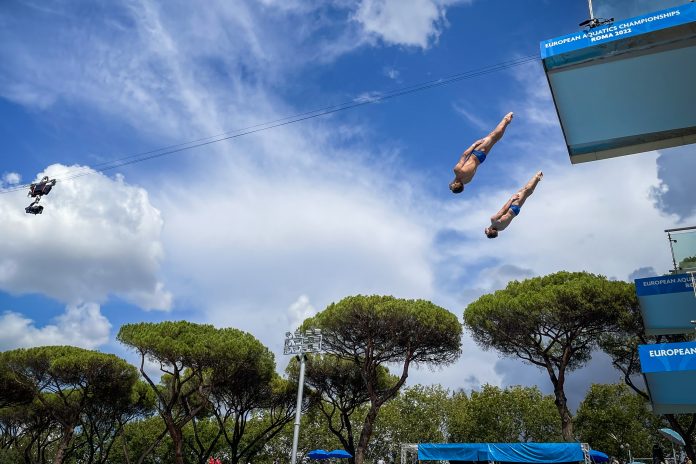 The European Aquatics Championships, the top Aquatics competition for continental Europe, are held every two years by LEN (Ligue Européenne de Natation – the European governing body for aquatic sports). The games, which have been going on since 1926, run for two weeks and include five aquatics disciplines: Swimming (long course/50m pool), Diving, synchronized swimming, Open water swimming and High diving.

The 2022 competition took place in Rome in the Foro Italico, the legendary pool complex, which was the home of the 1983, 1994 and 2009 FINA World Championships. In total 951 athletes from 50 countries competed for 231 medals in 77 competitions. For the first time since 2010, pool events were staged outdoors.

Movicom provided a total of 11 specialty cameras for the event. One of the most unique was the Robycam 2D that used a single winch, but double ropes to drive the camera head to cover the artistic swimming competition, which is a fan favorite. Along with the 2D Robycam a gyrostabilised Robyhead R3 head was used to augment the coverage of the artistic swimming pool.

A separate point-to-point Robyline system was provided for the diving events as well as swimming Races over a different pool in the complex. A 50m underwater railcam in the main swimming pool covered all the swimming races and was complemented by several of Movicom’s D1 – PTZ remote heads. A few mini-cameras were also rigged at the starting blocks for the races.

“This was a great chance for us to showcase our best technology,” said Simone de Lella, Sales and Operations Director at Movicom SRL, “with that many cameras in so many places it took a 15 experienced international crew people from four different countries to rig and operate everything. But it all worked very well, and the shots were fantastic. I also want to extend a special thanks to the managers at RAI and the Venue managers – we really felt like all the production departments pulled together and we were more like partners than vendors.”

RAI, the host broadcaster, produced over 120 hours of live television coverage over the course of the games, at one point reaching some 1.5 million viewers. The event was also available internationally via pay-per-view on Sky. 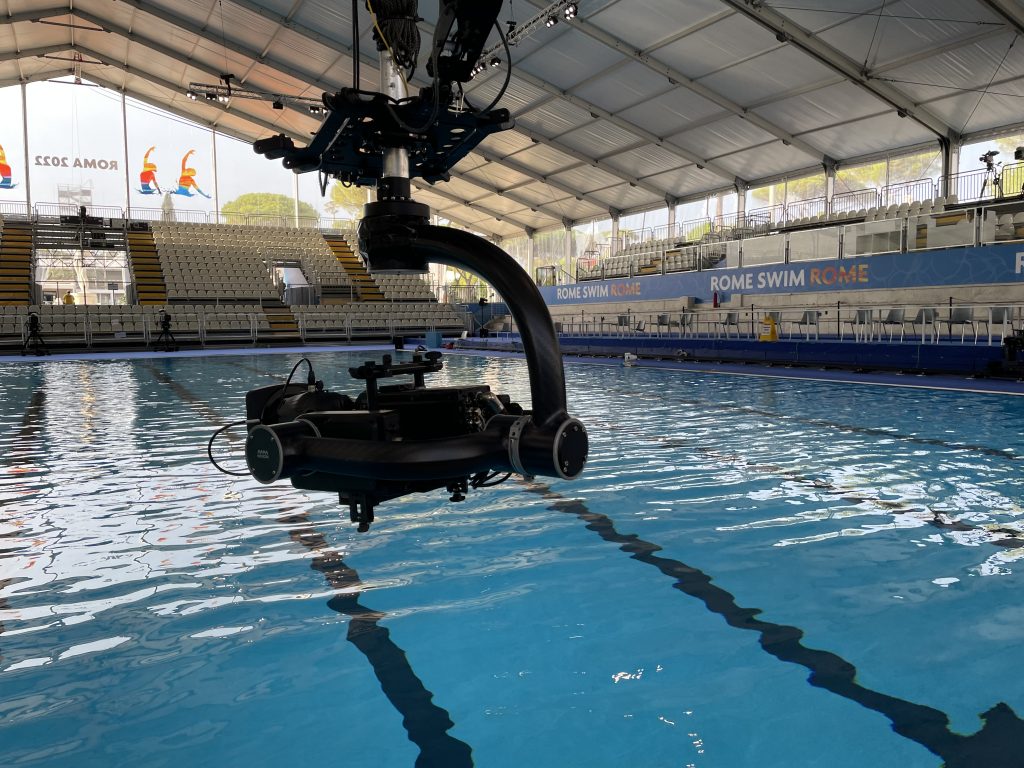