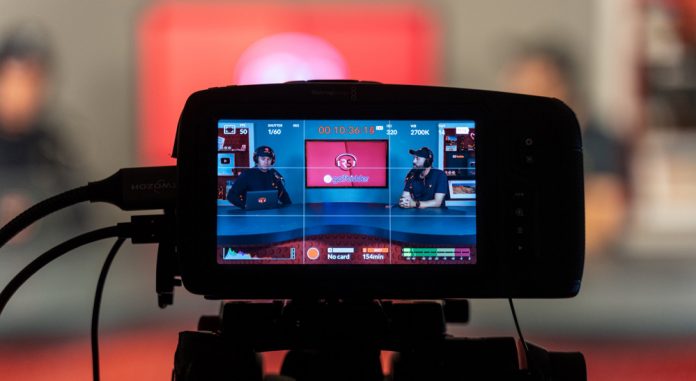 Shiels’ core channel is the largest golf tutorial channel on YouTube, with more than 2.2 million subscribers. The podcast format was launched as a more informal show and has gained over 164,000 subscribers. Hosted by Rick Shiels and producer Guy Charnock, the podcast provides discussion on happenings in the golf world as well as educational tips and bloopers from the core channel.

“The main channel had been around for nearly a decade, but I wanted a place for more informal chat, behind the scenes content and commentary on breaking news from the golfing world,” begins Shiels.

“The new podcast has evolved into something a bit more relaxed, and once we’d gathered momentum, we decided that it needed an upgrade. I was always pleased with our shows historically, but they never quite looked as crisp as I thought they could,” he added.

Shiels’ team worked with livestream consultant Alex Pettitt to improve their hardware and software use, including a transition from HD (1080p) to 4K. Shiels and Charnock were both keen to retain the workflow’s simplicity, but achieve greater flexibility in the process.

The first step was to switch the live stream quality to HyperDeck High and the ISO recording functionality was enabled. Each source, including the four camera outputs, is now individually recorded while automatically generating a DaVinci Resolve Project timeline with all the cuts laid out for Shiels’ team to use in post production.

“Similarly, we had historically recorded outputs directly from the ATEM Mini Extreme ISO rather than recording all camera outputs. That limited our ability to make changes if there were miscuts, so we switched over to using ISO functionality to record from all of the cameras simultaneously.”

Shiels’ workflow in DaVinci Resolve Studio was also updated by using the H.264 recordings from the ATEM Mini Extreme ISO as proxies, saving on processing power. “The proxies are only around 2GB, compared to the 43GB of 6K original files from the camera, accelerating our editing process,” said Nowell. “The proxies can then be swapped for the camera’s original BRAW files when needed in just a few clicks.”

“The 4K update is mega,” concluded Shiels. “It’s smoother, sharper and more realistic. It feels like you’re there rather than watching a video, all while keeping the workflow simple. We’re really pleased with the whole thing having unlocked all that additional creative potential we didn’t know was there.”