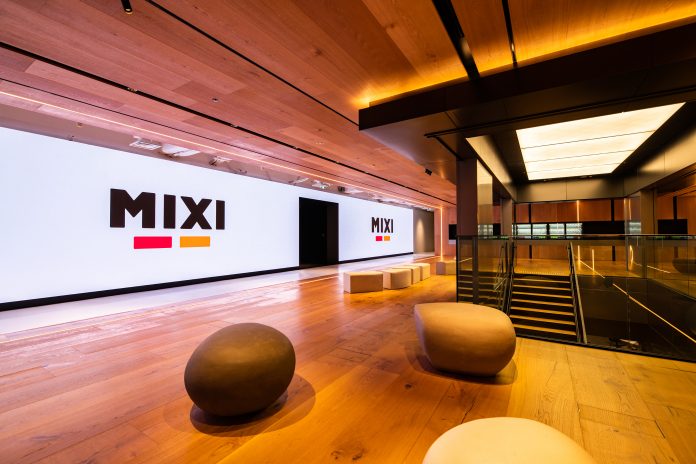 Riedel Communications has announced that mixi Inc. — a leading Japanese social networking service — has recently deployed the compact Riedel MediorNet FusioN 6B gateway within the video production workflow for its sports-focused AI-controlled TIPSTAR online sports-betting solution. As part of an end-to-end automation system for the live streaming of bicycle and auto racing events held 365 days a year at venues all over Japan, the FusioN 6B is converting SDI signals to the SMPTE ST 2110 format while providing a fiber optic connection between mixi’s Tokyo-based data center and its production studio.

The MediorNet Fusion 6B deployed by mixi is a versatile stand-alone gateway that can be configured with a selection of inputs and outputs from Riedel’s range of SFP I/O modules, as well as with a variety of processing apps, to deliver the signal processing capabilities mixi requires. The bulk gateway is capable of creating up to eight gateway conversions for HD/3G signals — or up to two UHD signals — and is equipped with two fiber links that can be configured at 10GE or 25GE data rates.

The Fusion 6B units are in mixi’s data center, where fully redundant H.265 bicycle and auto racing event feeds are transmitted from 48 different racetracks around the nation. The incoming feeds are decoded into baseband signals and edited in real time with mixi’s Breezecast system, which creates highlights and adds captions. The baseband signals are then converted to the ST 2110 format by the Riedel Fusion 6Bs and sent to mixi’s MOANI system for conversion to WebRTC. In addition, the devices’ fiber links allow mixi to connect its data center and production studio via two fiber optic cables, each at 100Gbps.

“We did our due diligence and explored a number of solutions to provide baseband-to-ST 2110 conversion for our TIPSTAR service. With its space-saving design, low cost per port, and ease of management, the FusioN 6B was an easy choice,” said Taichi Sato, Infrastructure Division Development Operations Network Development Group at mixi Inc. “With the gateway in our workflow, we’ve realised a fully automated video streaming system that greatly lowers the cost of deployment by dramatically reducing the number of operators required.”

“By utilising advanced AI capabilities to optimize its online platforms, mixi is firmly at the forefront of technology,” said Vincent Lambert, General Manager for Japan and South Korea at Riedel Communications. “The addition of a full IP system to complement those capabilities allows the company to automate 95 percent of its betting, race management, and video production workflow. Not only does this lower costs, but it also frees up AI skills that mixi can transfer to other areas of operation, allowing the company to focus on creativity and expand its service offering. We’re proud to have our MediorNet FusioN 6B at the heart of the system and can’t wait to see what mixi introduces next.”