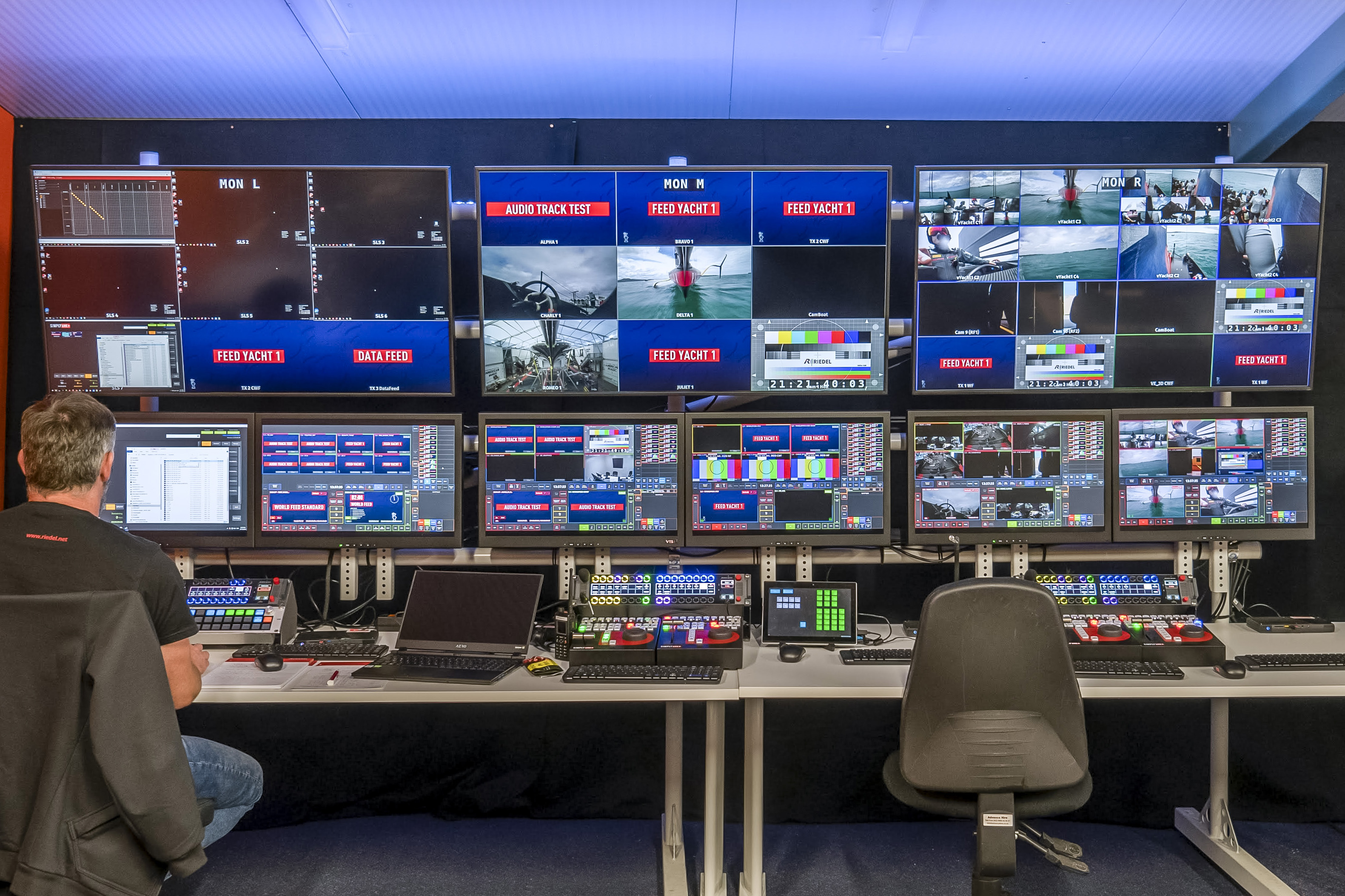 With Auckland subject to COVID-19 restrictions, March 10 is slated as the earliest racing can get underway in the 36th Americas Cup yachting competition.

Leading-edge hardware and software provider Riedel will be ready with its technology at the core of the 360-degree concept for coverage of the event presented by PRADA and provided by host broadcast partner circle-o.

Riedel has deliverd innovative camera solutions, new audio technologies, and sensor technology embedded in a comprehensive technical infrastructure. This is supported by an on-site team of 30 members managing all audio, video, communications, tracking, and data transmission systems, including signals from on-board cameras, chase boats, and helicopters. Since all camera, microphone, and transmission systems must withstand extreme marine conditions, Riedel has provided bespoke equipment aboard each competing yacht.

To achieve this, Riedel has harnessed the combined horsepower of the Riedel family of solution providers, ranging from Pidso’s antennas and radar systems over Igtimi’s GPS tracking technologies to highly specialized nautical know-how from Riedel’s Porto R&D hub. Entrusted with the overarching technology concept for the America’s Cup coverage, Riedel also closely integrated services and technologies from other technology partners into the extensive production infrastructure, including well-respected manufacturers like iXblue, Sennheiser, and Lawo.

In addition to on-site engineers, Riedel is also providing extensive remote support from its Remote Operations Center (ROC) in Wuppertal, Germany. The ROC serves as a monitoring and engineering hub through which operators can remotely access the entire system setup in Auckland, including video, audio, and intercom signals. This enables the ROC team to monitor and control essential parameters of the equipment aboard the racing yachts, including camera control, audio setup, GPS data transmission, and battery management, and support the on-site crew in optimising system performance.

“We’re thrilled to be playing such a foundational role in this year’s battle for the America’s Cup, the world’s oldest international sporting trophy,” said Thomas Riedel, CEO and Founder, Riedel Communications. “Decades of experience in the most demanding production environments now culminate in this very special project with very special challenges. Together with our partner suppliers, all of whom represent the global standard in their fields, our team has created a seamless production infrastructure that is enabling circle-o to take its live coverage to thrilling new levels. Their stunning coverage opens up entirely new perspectives on sailing and perfectly illustrates the great impact technology can have on entertainment formats and the tangibility of sporting events.”

Stephen Nuttall, Managing Director, Production and Media Rights, America’s Cup added, “With Riedel’s unified technology approach and industry-leading innovation at the heart of the operation of the 36th America’s Cup, the premier sailing competition, we intend to deliver the best possible experience for established and new fans of the sport of sailing.”