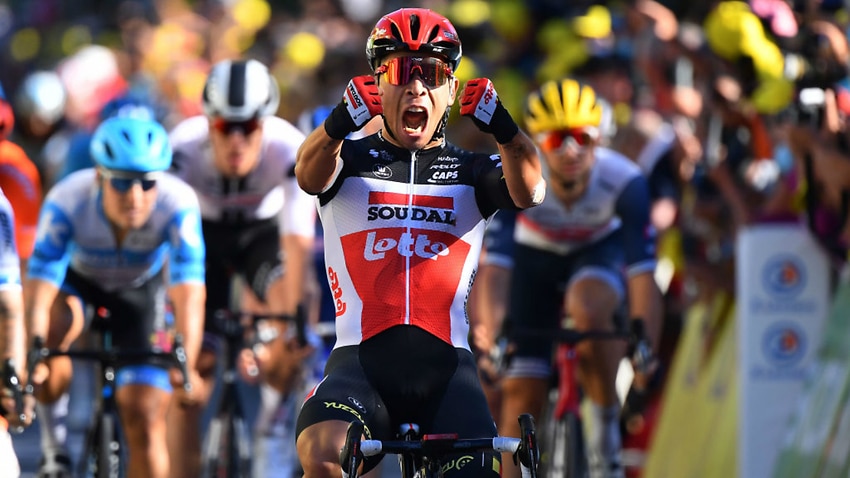 SBS Australia has secured the exclusive broadcast rights to the Tour de France until 2030 in an agreement with the owners and organisers of the iconic cycling race, Amaury Sport Organisation (A.S.O).

Announced today during the final week of the 2020 Tour de France, the rights deal means SBS will continue to be the only place to watch the Tour de France live in Australia for the next 10 years. 2030 will mark a 40-year partnership between SBS and A.S.O.

Under the extended agreement for the Tour de France, SBS has the exclusive Australian rights to deliver live, multi-platform coverage (including televisions and digital). Our comprehensive coverage will encompass every stage and include in-depth highlights and clips.

From 2021 to 2030, SBS will broadcast over 300 hours of cycling across the network each year. As part of the new broadcast deal, SBS has secured the exclusive Australian rights to the Dakar Rally and Schneider Electric Paris Marathon, as well as additional men’s and women’s cycling events including the Paris Roubaix, La Vuelta, Fleche Wallonne and Liège-Bastogne-Liège.

SBS Managing Director James Taylor said: “SBS has been home to the Tour de France for 30 years. We’re truly thrilled to extend our long-standing arrangement until 2030, which is a testament to the quality of our partnership with A.S.O. We are absolutely delighted that SBS will continue offering viewers world-class coverage of every minute of this incredible event for another 10 years.”

“The Tour de France is one of the most prestigious events in the sporting calendar, combining a rich cultural experience with magnificent sporting achievements. The Tour’s popularity stretches beyond the world of cycling, bringing people together and contributing to social harmony – that’s what our Charter is all about.”

SBS Director of Sport Ken Shipp said: “The Tour de France is the world’s biggest annual sporting event and one of SBS’s biggest sporting properties. It’s at the heart of SBS and, every year, we provide extensive coverage for millions of fans across Australia. This new deal reflects a mutual respect between SBS and A.S.O. built over the last 30 years. We look forward to continuing this partnership and investing further in cycling to make our coverage even bigger over the next decade.”

A.S.O Managing Director Yann Le Moënner said: “We are proud to have in SBS a trusted and committed partner whose unwavering support has proven stronger than ever. By 2030, end of the newly signed agreement, it will have been 40 editions since SBS has become the home of cycling, a tenure that has seen an ever-growing passion for our events Down Under, crowned by the victories of champions like Cadel Evans, Richie Porte, Mathew Hayman and Caleb Ewan while Toby Price went to win the Dakar Rally twice.

“On top of being accessible to all Australians for free, Le Tour de France, La Vuelta a España, Dakar Rally, Paris-Roubaix and many more events will benefit both from the proven exceptional editorial treatment from SBS and the most innovative digital tools to bring great storylines anytime, to all Australian generations on their preferred platform.”