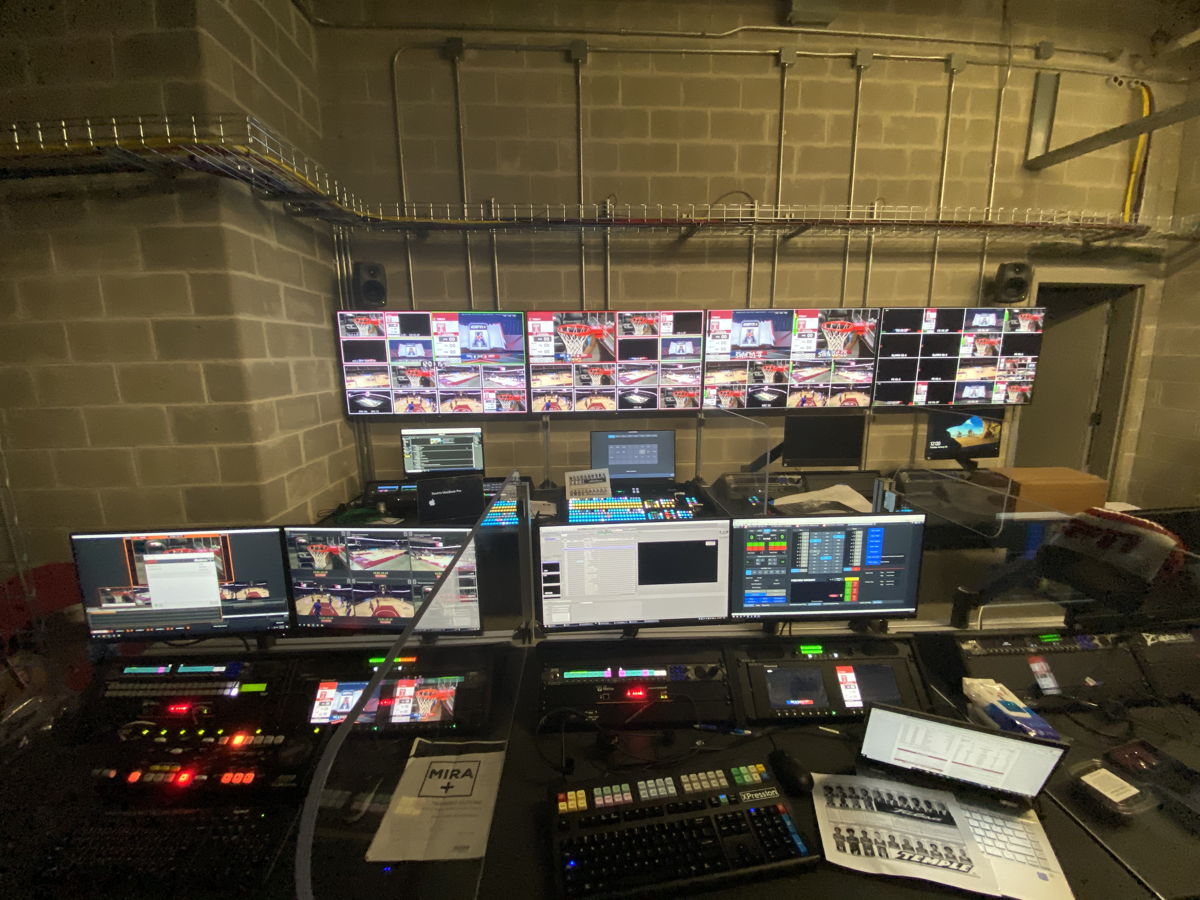 Temple University is a state-related public research university in Philadelphia, Pennsylvania. For its first in-house ESPN/American Athletics Conference broadcast in late 2020, Kevin Hession, Temple University’s director of video production and broadcast engineer, needed a versatile and reliable converting solution for analog audio sources — specifically for natural sound microphones during its men’s basketball and women’s basketball, volleyball and gymnastics productions. After partnering with Alpha Video out of Minneapolis, Hession and his team selected the Ferrofish A32 AD/DA converter.

“We wanted as much functionality as possible to still be able to use analog audio when necessary, “Hession said, adding that the A32 converter is routed to a full patch bay. “We’re then able to patch those sources to the necessary destinations.”

Hession and the broadcast team then convert that to MADI and send it to a 64-channel digital mixing console.

“The audio ecosystem we implemented makes audio routes incredibly simple,” he added. “The A32 gives us a ton of flexibility with that.”

Aside from its universal functionality, Hession said another key feature when selecting the A32 converter was its ease of use.

“By using the A32, it easily allows me to focus on the actual production rather than having to constantly troubleshoot any potential audio faults,” he said. “If we want another audio source, or even if our broadcast talent just wants a different analog source we’ve set up, it takes less than four clicks.”

“An outside AV company came in to do any in-house audio, and all we had to do was connect their mixdown to the A32, and we had crystal clear audio,” he explained. “It was as simple as that.”

The Ferrofish A32 also is available in a Dante format.