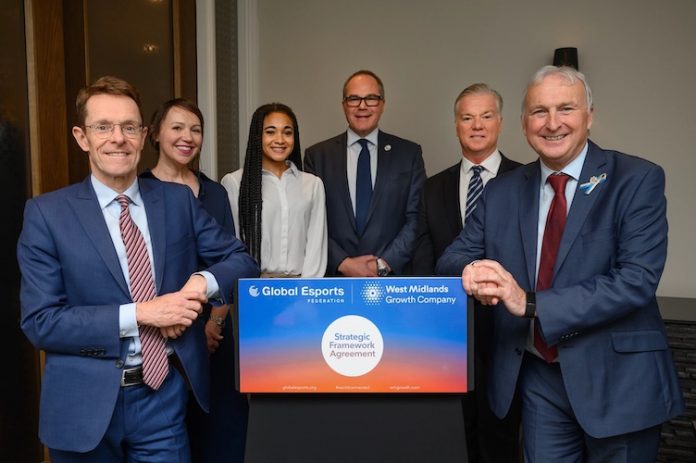 The West Midlands has agreed on a 10-year Strategic Framework Agreement (SFA) with the Global Esports Federation (GEF), accelerating the region’s commitment to driving international growth in the rapidly developing industry, and further burnishing the UK’s credentials as an international esports centre. The partnership will see the West Midlands join a network of global hubs, including GEF’s headquarters Singapore and continued developments in Brazil, China, Türkiye, Japan, the Middle East, Africa, and the Americas, among others.

The agreement spanning 10 years – led by the West Midlands Growth Company (WMGC) – will cement the region’s position as a hotbed for the esports and gaming industry, with the West Midlands already responsible for one quarter of the UK’s output in the sector.

The announcement precedes the inaugural Commonwealth Esports Championships and the Commonwealth Esports Forum in partnership with the Commonwealth Games Federation which will take place in Birmingham this August. Together, this partnership and the Championships will turbocharge growth and prosperity in the UK esports industry, which is already the fastest growing tech sector in the country. The Championships will be the foremost esports event since the Global Esports Games in Singapore in December 2021, which attracted over 500 million viewers from across the globe.

The Strategic Framework Agreement commits to progressing a number of key areas, including: