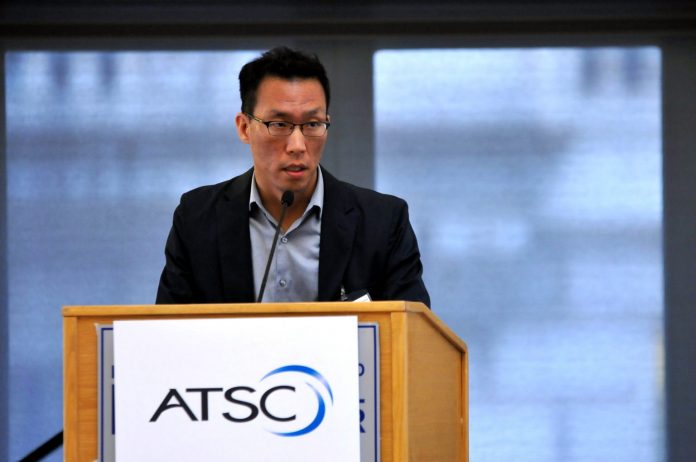 Congratulating the honorees during this year’s virtual Annual Meeting and Member Forum, ATSC President Madeleine Noland thanked Dr. Lee for his “insightful ideas, support, and fair analysis that have been instrumental to the ATSC 3.0 Physical Layer.” And she recognized the Phoenix Model Market partnership as “rocket fuel behind the nationwide launch of NEXTGEN TV.”

The Mark Richer Industry Leadership Medal, named for the former ATSC president (who led the organisation for two decades from ATSC 1.0 to 3.0), recognises an individual or team “that demonstrates exemplary leadership in advancing the mission of ATSC and epitomizes the vision, tenacity and leadership qualities that were the hallmark of his leadership.” Noland invited Richer, who retired a year ago, to present this coveted award to the Phoenix Model Market Partners.

The Phoenix Model Market program was recognised as a leading collaborative single-market effort to plan for and implement a transition to next-generation over-the-air broadcasting, Richer explained.

“Participants created an open testbed for the mutual benefit of all stakeholders in the ecosystem; creating this end-to-end model system fostered industry consensus and drove ecosystem development,” he said.

Accepting the Richer Medal on behalf of the partners was Anne Schelle, Executive Director of Pearl TV, a business organization of U.S. broadcast companies with a shared interest in exploring forward-looking broadcasting opportunities. In addition to Pearl TV, the other lead Phoenix Model Market investors recognized by ATSC are: ABC Owned & Operated Stations, Fox Television Stations, NBC Universal and Univision. Schelle also acknowledged the important contributions of the eleven participating televisions stations and nearly 50 technology partners who are contributing to the ongoing Phoenix Model Market project.

Dr. Lee has been a member of the ATSC family since 2013. He currently chairs ATSC’s S32 Physical Layer Specialist Group where “he is doing incredible work leading transmission-system related activities, especially additional studio-to-transmitter link features,” Noland said. His research interests are in the areas of digital signal processing for various applications, including digital broadcasting, telecommunications, and human–computer interaction systems. He joined ETRI in 2003.

The Lechner Award is bestowed annually to a representative of ATSC’s membership whose technical and leadership contributions to ATSC have been invaluable and exemplary. Established two decades ago, the award is named for its first recipient, Bernard Lechner, for the RCA engineer’s outstanding services to ATSC. Lechner died in 2014 after a long career in TV technology.