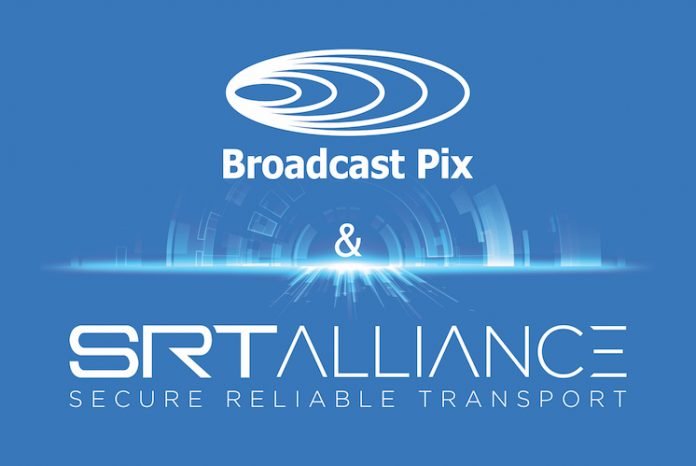 Broadcast Pix has announced it have joined the SRT Alliance, a collaborative community of industry leaders and developers striving to achieve lower-latency internet video transport. The company is also adding the native support of Secure Reliable Transport (SRT) source streaming to its line of Integrated Production Systems.

The SRT Alliance, founded by Haivision in April 2017, already has more than 500 members. Its mission is to overcome the challenges of low-latency live streaming by supporting the collaborative development of the SRT protocol.

The Broadcast Pix Network Inputs now feature SRT support for the guaranteed performance of low-latency video transport. This addition expands upon the native support of most Broadcast Pix systems for a variety of streaming protocols including NDI, HTTP, RTSP, RTMP, Castus Stream and GuestPix – without requiring conversion or additional servers. From RTSP streams to robotic PTZ cameras to remote participants using GuestPix or SRT streams from an encoder, Broadcast Pix is the choice for integrating and mixing sources.

Broadcast Pix customers can also automate the selection of different sources with macros. With a click of a button or scheduled through Macro Times, Network Inputs can be dynamically switched to automatically receive remote feeds.

“We are proud to offer our users an easier approach to creating and streaming great live video,” said Broadcast Pix CEO, Graham Sharp. “By joining the SRT Alliance, we can now also help them optimise their live streaming performances through SRT. We are also excited to join the SRT Alliance and its collaborative community of industry leaders looking to make the video streaming experience better for everyone.”